Conner Frankamp is an American professional basketball player who plays for Gaziantep Basketbol of the Basketbol Super Ligi and the FIBA Europe Cup. He plays as a point guard and wears jersey number 33.

Frankamp also played college basketball at the Kansas Jayhawks and Wichita State. His professional career started with Beroe of the NBL. After that, Frankamp played for other teams, including Rethymno Cretan Kings, Murcia, and Zenit Saint Petersburg. Since July 2022, Frankamp has been playing for his current team, Gaziantep Basketbol. With his professional life, Frankamp has also maintained a happy love life as he lives happily with his partner, Keely Palmer.

Starting with his personal life, Conner Frankamp lives a happy life with his partner whose name is Keely Palmer. The couple has not announced anything about their marriage, but the basketball player features images with Palmer on his Instagram account. Exploring their social media posts, we can say that, Frankamp and Palmer have been with each other for many years. 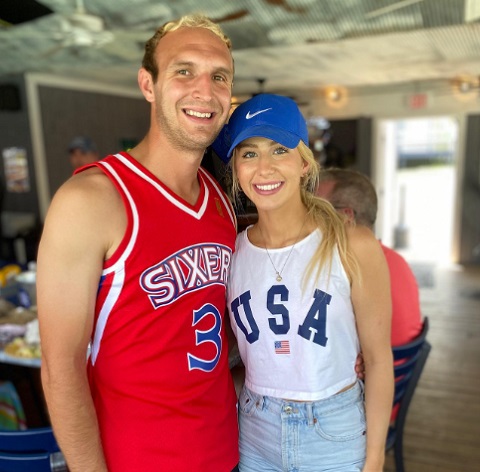 Together, Palmer and Frankamp have gone to many places. Furthermore, they have not shared much about their wedding. So, we can say that Frankamp and Palmer have been in a romantic relationship for many years. Apart from that, they have also become parents. On December 2, 2021, Frankamp shared a photo on Instagram holding his partner's belly and announcing the birth of their child.

And on March 2022, they welcomed a child. Looking at their posts of Frankamp, we can say that he is the father of two kids.

Net Worth and Career Earnings of Frankamp

Being a professional basketball player, Frankamp makes a good amount of money. As of now, the details regarding his salary and actual net worth remain away from the media as Frankamp has not given much info about it to the media.

Playing for Gaziantep Basketbol, Frankamp may be earning a fair salary, but there are no details as the team has not shared their contract too. Meanwhile, players playing at BSL are typically between $250,000 and $450,000 per season. Furthermore, Frankamp also plays in BSL and may earn in the same range.

We can speculate his net worth to be around $1 Million. Frankamp has already played for different teams, and with them, he may have a fair deal that has helped him increase his bank balance. More to this, Frankamp is still active in this sport, and his earnings will surely take rise in the coming years.

Frankamp went to Wichita North High School in Wichita, Kansas, where he played under coach Gary Squires. During high school, Frankamp was a four-star recruit who was ranked No. 46 in the ESPN 100. As a senior at Wichita North, Frankamp averaged 31.1 points, 3.8 assists, 3.5 rebounds, and 2.5 steals per game.

After that, his college career began when he went to the Kansas Jayhawks. After playing for just a season with them, Frankamp played three seasons with Wichita State. During his first college year with Kansas, he was a bench player as he averaged 2.6 points per game. 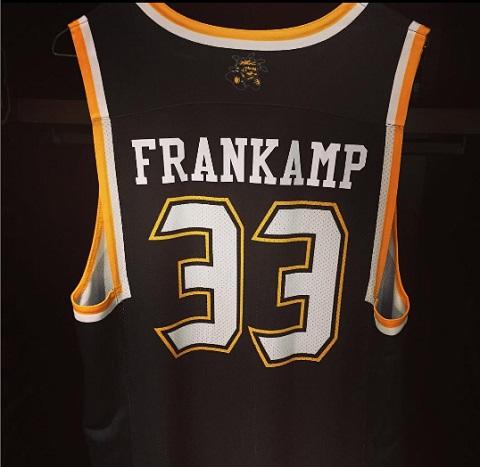 Later, he transferred to Wichita State, and while playing for the team as a junior, he was named to the Third team All-Missouri Valley Conference. As a senior, Frankamp averaged 10.6 points and 2.2 assists per game with the Shockers.

Frankamp went undrafted at the 2018 NBA Draft. Despite that, he joined Beroe of the NBL. While playing for the club, Frankamp averaged 19.3 points and 4.3 assists per game. The following season, he was added to the Los Angeles Lakers Summer League roster.

Later in the season, Frankamp joined Rethymno Cretan Kings of the Greek Basket League. On June 9, 2020, he signed with UCAM Murcia of the Liga ACB. After appearing in some games with them, Frankamp went to play with the Russian club Zenit Saint Petersburg on June 21, 2021. Frankamp left the team after the 2022 Russian invasion of Ukraine. 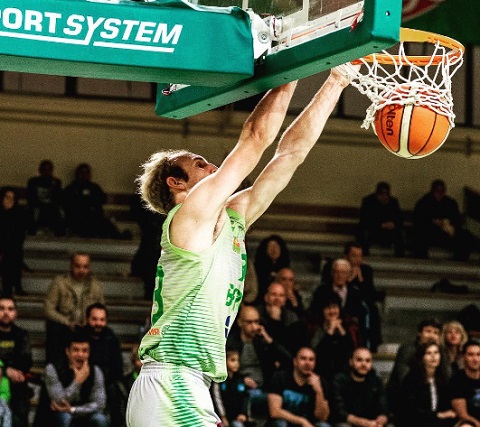 On April 8, 2022, he signed a deal with Promitheas Patras. Later on May 18, 2022, Frankamp moved to CSP Limoges of the LNB Pro A. He represented the team in some games and signed a contract with Gaziantep Basketbol of the Basketbol Super Ligi and the FIBA Europe Cup on July 14, 2022. Since then, he has been with them.

Conner Frankamp was born on July 16, 1995, to his parents in Wichita, Kansas. His parents are Karen Frankamp and Martin Frankamp. Besides, Frankamp is not only the child of his parents as he was raised along with his brother named, Kevin Frankamp. 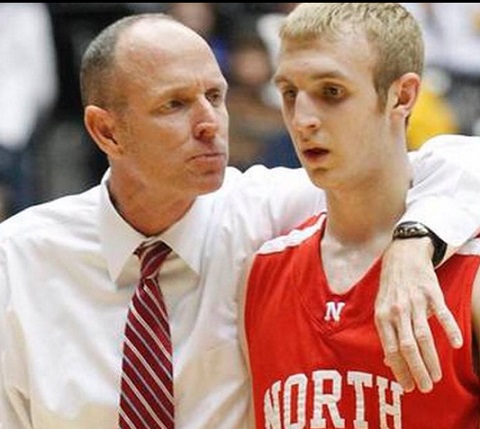 For your information, Landry Shamet is also a native of Kansas City. Moreover, Frankamp holds an American nationality. His height measurement is 6 feet 1 inch (1.85 m).

Apart from that, his partner, Keely, also uses Instagram as @keelycheri23, which appears to be her new account. She has kept her IG handle private.