Clarissa Ward is a famous American television journalist currently working for CNN. She has been working for the network since 21 September 2015. She worked for ABC News program as it's Mosco-based correspondent and she also worked with CBS News based in London.

Clarissa Ward, reportedly earns around $ 200k, as her yearly salary from the network, and as of 2018, she reportedly has an estimated net worth of over $1 million. She is currently married to her longtime boyfriend Philipp von Bernstorff and has a son named Ezra Albrecht Nikolas Nour von Bernstorff.

Clarissa Ward was born in New York City, USA on January 30, 1980. She holds an American nationality and belongs to the White ethnic group.

Clarissa Ward graduated and acquired her Bachelor's degree from Yale University. She also has an honorary doctorate degree from the Middlebury College.

Ward's career began at Fox News in 2003 as an overnight desk assistant. She was an assignment editor from 2004 to 2005 for Fox News in New York City. In 2006, she started working for Fox News as a field producer. She is known for covering some major events like the Gaza Strip, the trial of Saddam Hussein, the kidnapping of Gilad Shalit etc with Fox News.

Ward was in Beirut till October 2007 and worked for Fox News as a correspondent. During that time she covered different important events such as the execution of Saddam Hussein, the Beirut Arab University riots, the Iraq war troop surge of 2007, and the Bikfaya bombings. She also interviewed various notable figures of that time.

Ward was an ABC News correspondent from October 2007 to October 2010. She also covered the 2011 Tohoku earthquake and tsunami that took place in Japan.

Ward started her career as the network’s foreign news correspondent for CBS on October 2011. She worked for a show named 60 Minutes and as a fill-in anchor on the show CBS This Morning. She also covered different events and did different interviews of important persons during her tenure at CBS. 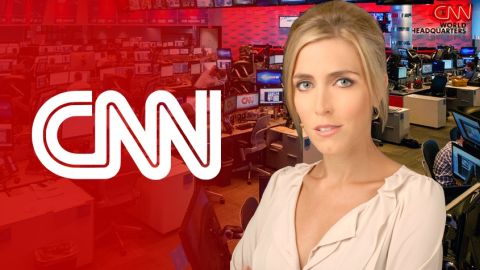 Ward Joined the CNN on September 2015 and she was based in London. She also presented her views about the situation in the civil war-torn Aleppo at the United Nations Security Council on August 8, 2016. She became Chief International Correspondent For CNN in July 2018.

Clarissa Ward Net worth and Salary

The American television journalist Clarissa Ward has an estimated net worth of $ 1 million. As of 2018, the reporter receives an annual salary of $200 k from her successful reporting career with CNN. Further, CNN reporter receives an added sum of money from covering other events and interviewing popular personalities.

Clarissa Ward is married to Philipp von Bernstorff on 27 November 2016. They met each other at a dinner party in Moscow in 2007. They have a son named ‘Ezra Albrecht Nikolas Nour von Bernstorff’. Their son was named so because her husband is a German Count.

Celebrating this beautiful woman @waffamn and the amazing boys at the Aleppo Media Center- Fadi, Adham, Yamin, Riad. Your bravery and passion know no bounds. Thank you for allowing us to tell the story of Khan Sheikhoun. It was an epic night at the #Emmys for CNN with @arwacnn and @npwcnn scooping up more hardware than they could carry home. Plus I got to wear a velvet jumpsuit and drink champagne with @hgorani who dedicated an entire block of her show to this story

Clarissa Ward is also equally active in social media and has 44.3k followers on Twitter and 10.8k followers on Instagram. She was awarded George Foster Peabody Award in New York City on May 21. Further, Ward received Murrow Award in 2015 and also has won two Emmy Awards.