As a Small Forward and Point Guard and Shooting Guard, Calvin Miles Jr. reportedly earns around $8,333,333 as his yearly salary from Toronto Raptors. Further, Calvin Miles Jr. has an estimated net worth of over about $20 million. He is married to his wife Lauren Smith.

Calvin Miles Jr. was born on March 18, 1987, in Dallas, Texas to parents Calvin Miles and Lanis Miles. As per his nationality, he is American and belongs to Afro-American ethnic group. Further, his star sign is Pisces. He grew up along with his siblings, Cameron Miles.

Miles was drafted by the Utah Jazz in the 2nd round, with the 34th pick of the 2005 NBA draft. When the Jazz offered a two-year guaranteed contract equivalent to that of a late first-round selection, he decided to forego college. At the age of 18, he became the youngest player in Jazz franchise history. 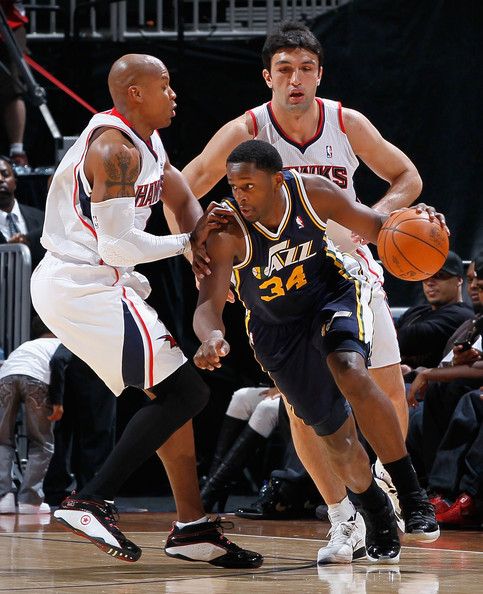 The Jazz assigned Miles to the Albuquerque Thunderbirds of the NBA Development League during 2005-2006 season so that he can gain more experience. During 2006-2007 season, he was again assigned to the Idaho Stampede by the Jazz.

Miles signed a 4-year, 14.8 million worth contract with the Oklahoma City Thunder on July 18, 2008. He was assigned as the Jazz's sixth man at the beginning of 2010-2011 NBA season. He further, scored a career-high 40 points against the Minnesota Timberwolves. 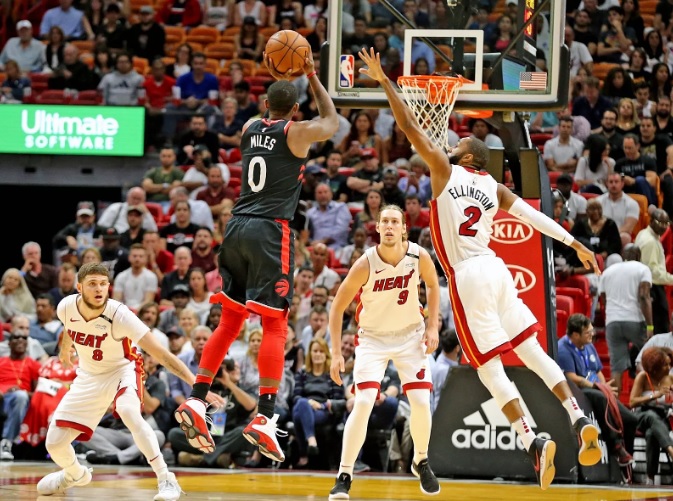 Miles signed with the Cleveland Cavaliers on August 8, 2012. He scored Cavaliers franchise high 10 three-pointers against Philadelphia 76ers. After playing two seasons for the Cavaliers, he signed a four-year, $18 million contract with the Indiana Pacers.

On July 18, 2017, he signed a three-year contract worth $25 million with the Toronto Raptors. In his debut for the Raptors, he scored 32 points and helped to win the game against the Chicago Bulls.

Some of his current teammates are Kyle Lowry, Danny Green, Serge Ibaka.

CJ Miles is married to his girlfriend Lauren Smith. Miles met Lauren Smith in 2009 and the couple started dating. They were introduced to each other by a mutual friend A.C.- who was Lauren's one of the managers for the team in her freshman year and Miles childhood friend.

During that time, Lauren was playing college basketball as a senior at Texas A&M University-Corpus Christi.

They dated for about 5 years and eventually got engaged on 15 February 2015. Miles proposed his girlfriend Lauren while on a vacation in Cancun, Mexico during the 2015 NBA All-Star break. After a year, they finally got married in August 2016.

They had their first daughter in 2017 and named her Ava Reneé Miles.

CJ Miles Salary and Net Worth

As of 2018, Calvin Miles Jr. has an estimated net worth of over about $20 million dollars. He reportedly signed a three-year contract with Toronto Raptors in 2017. Further, the NBA player has an average salary of $8,333,333 annually.

CJ Miles Jr. so far has made earnings of $49,814,146 from his entire NBA career. Kept aside Calvin Miles Jr.'s financial earnings, his personal assets includes houses in Holladay, UT, and Dallas, TX.

Other than being a famous NBA Small Forward and Point Guard and Shooting Guard, Calvin Miles Jr. is pretty famous in social media. He has 37.1k Twitter followers and 100k Instagram followers.

Facts and stats of CJ Miles

Calvin Miles Jr. is not only a world-class athlete but also has a very attractive individual. The Famous NBA star is 6 feet 6 inches tall in height and weighs around 102 kg.