Some people come to the spotlight after their hard work pays off, and some after their relationship with reputed ones. Chelsea Freeman followed a similar path to her rise to fame. Chelsea is better known as the wife of a Canadian-American professional baseball first baseman in Major League Baseball, Freddie Freeman.

Chelsea Freeman was born Chelsea Goff on April 24, 1991, in Florida. She has not uttered a single word about her parents and her early life. After graduating from High School, Chelsea enrolled at the University of Central Florida.

Chelsea walked down her wedding aisle along with Freddie Freeman in November 2014. They had a beautiful and lavish wedding ceremony with their close friends and family. The duo had been seeing each other for some time before their wedding. 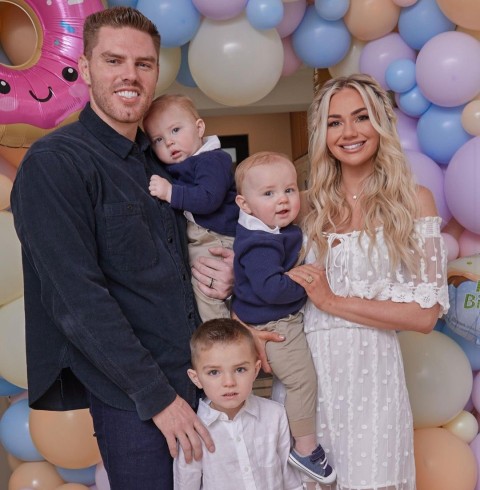 Chelsea shares a photo with her husband and their child SOURCE: [email protected]

Shortly after their wedding, Chelsea and Freddie welcomed their first child, Charlie. They had to wait for a long time for their second child. Freddie always wanted a big family as he grew up with his father and siblings. After failing to conceive a baby for a second time, They decided to transfer the embryo via a surrogate. However, the shock came when Chelsea got pregnant naturally.

The family of three extended to four with the birth of a second son, Brandon and their surrogate gave birth to their son Maximus after eight days. Chelsea and Freddie are living a happy life. They spent most of their free time with their children. Freeman and his family live in Atlanta during baseball season and California during the off-season.

Chelsea started working as a model while she was attending her Undergraduate. She worked for Harley Davidson, Ferrari, and Black Roberts Rum. She also placed third in a Spring Break Nationals bikini competition. However, Chelsea had to break on her career and start a family life after getting married to Freddie. 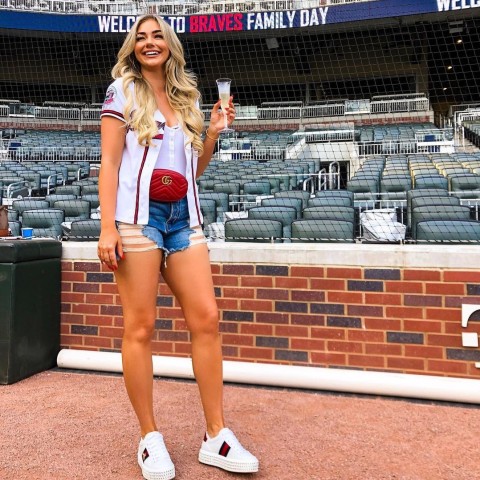 Chelsea worked as a model in her early day's SOURCE: [email protected]

In 2022, As the child has grown up and lived with other family members, Chelsea has started working as a realtor for Keller Williams Real Estate in the Atlanta area. She has gained quite a successful career, having sold houses listed for over $5 million and beautiful, lavish homes on large pieces of land.

Chelsea Freeman has an estimated net worth of more than $1 Million of her own. She has earned most of her net worth as a model and realtor through her successful career. The wag lives a lavish lifestyle through her husband's successful MLB career.

Freddie Freeman has an estimated net worth of more than $75 Million. He has earned most of his net worth through his carer in MLB. Freeman sold his beloved house in Georgia for $775,000. Freeman lives in a $10 Million Mansion located in Corona del Mar, California. He also has a seven-bedroom Mansion bought back in 2015 for $3.4 Million in Atlanta.