2018 Gold Glove Award-winning MLB player, Freddie Freeman plays for the Atlanta Braves since he was drafted by them out of high school in 2007. He made his MLB debut in 2010 and is a four-time MLB All-Star.

Further, he has a jaw-dropping net worth of $50 million and has an annual salary of $21 million. Regarding his love life, he is married and has a son with his wife.

4× All-Star Freddie Freeman has an estimated net worth over $50 million, mostly earned through his MLB Career.

He is the second-highest-paid player in the team after Josh Donaldson. 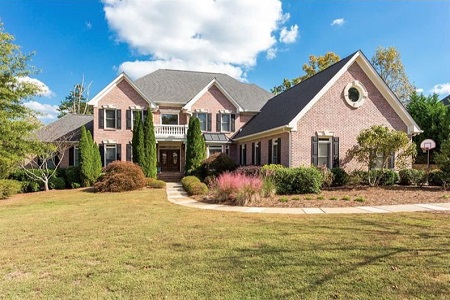 Freddie and Chelsea met when she was still in college. As reported, the duo began dating in July 2011. A year and a half later, she moved along with Freddie in Atlanta, where he played and resided.

Since then, the two became inseparable and their relationship progressed quickly. There she found work while Freeman established himself as an upcoming star in the MLB.

In January of 2014, he proposed Chelsea while on a boat and he heard YES.

On November 22, 2014, the pair tied the knot in Florida at the St. Regis Bal Harbour. There wedding was lavish and attended by popular models and Major League Baseball players including Jason Heyward and former Braves third baseman Chipper Jones. 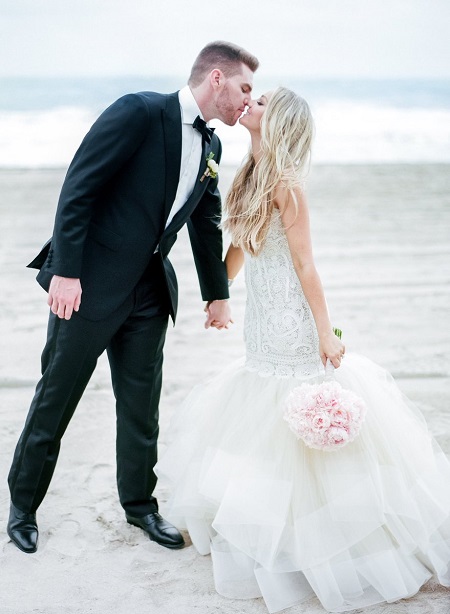 What's more, their wedding was televised. Just a few months after the couple was married, an episode of Say Yes to the Dress aired In February 2015 and featured Chelsea in it. She was on the show for both her ceremony and reception dress.

Freeman's wife, Chelsea Chelsea was born to Andrea Brandon Goff who is a podiatrist in Sunrise, Florida and Warren Goff, the CEO of ListData. Further, she has two siblings.

Chelsea is a former model who currently serves as Realtor in Georgia, for Keller Williams Realty Consultants. Her Model Mayhem profile shows many different credits from 2010-2013. During her modeling career, she worked for the various at shows for companies like Harley Davidson and Ferrari.

In March 2016, Freeman's wife, Chelsea tweeted a video of Freeman hitting a powder-filled ball, which would reveal the gender of the baby. A blue cloud appeared when Freddie made a hit. Yes, it's a baby boy. 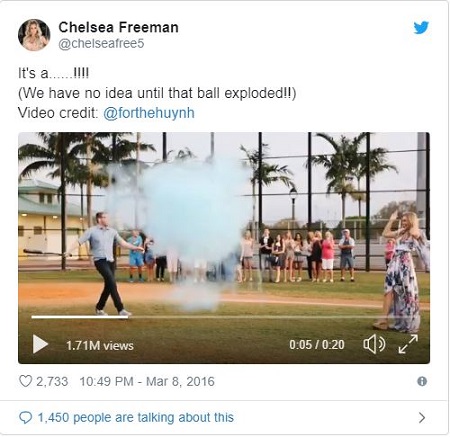 On September 15, 2015, she gave birth to son Frederick Charles via emergency c-section. 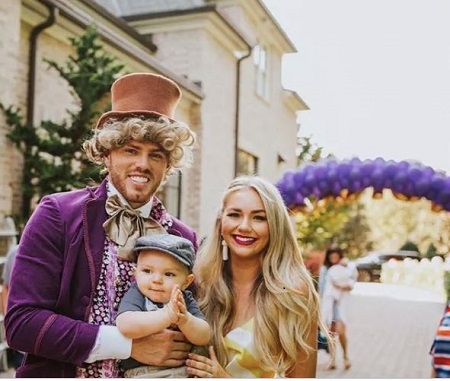 On their son first birthday, Freeman and his wife threw a Willy Wonka-themed birthday party.

Freeman Stuck In A Traffic Jam For Hours

During a 2014 winter storm, Freeman was stuck in a traffic jam for hours. Later, his former teammate Chipper Jones arrived on his ATV and successfully recused him.

Later two years in January, the Atlanta Braves announced a "Chipper Rescues Freddie" bobblehead night for the upcoming season which was used as a promotional night for the franchise.

Freeman was born to Canadian parents: father, Fredrick, and mother, Rosemary Freeman.  When Freeman was just 10 years old, his mother died of melanoma. Besides, he has two elder brothers, Andrew and Phillip, and is a sixth-generation Salvationist.

Other than that, his cousin Carson Branstine is a tennis player.

Freeman enrolled at El Modena High School in Orange, California. There he played as a third baseman and a pitcher. In 2007, he hit for a .417 batting average and had a 6–1 win-loss record as a pitcher, in his senior year. That same year, he was named The Orange County player of the year.

In the 2007 MLB draft, Freeman was picked by the Atlanta Braves. As per the Baseball American, he was the 5th best prospect of the Braves heading into the 2009 season as well as eleventh-best prospect overall in their mid-season top 25.