Molly Beers is a model for the Ford Agency who has also appeared in several commercial ads. Besides, she is also popular as the wife of a former professional baseball player David Wright who played his 14 years MLB career for the New York Mets. They met each other in 2006 during World Baseball Classic and later on got married.

On the other hand, Molly Beers is a Model but her name came to know after she began dating popular baseball player David Wright. She was born in the United States and raise in California, USA.

Molly Beers Married Life with David Wright; Do they have Children?

Molly Beers is married to New York Met's third baseman David Wright. They met each other in 2006 during World Baseball Classic and finally, they announced their engagement in January 2013 and revealed that they were going to be married in the holidays. 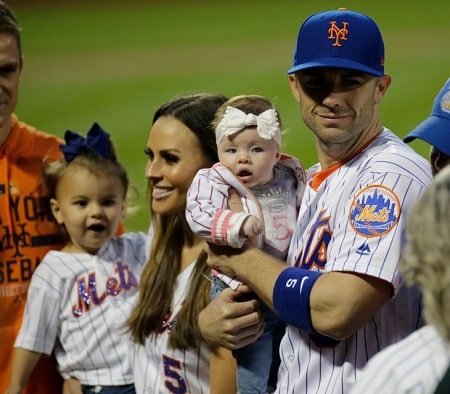 Molly Beers and David Bright with their children SOURCE: glamourpath.com

Finally, Molly and her husband David married in La Jolla, California, on December 26, 2013. The couple is currently raining three children; 2 daughters named  Olivia Shea (July 2016) and Madison (May 2018), and a son, Brooks David (October 2020). The family of five is living happily in California, United States.

Molly Beers Net worth and Earnings

David Wright's wife's Molly is an American model. She probably earns a couple of thousand dollars annually in 2022.

An average model in the US earns $22.17 per hour and around $100 to $150 per hour in a shoot day. Likewise, their annual salary is about $52,000 and their pay also differs from show to show, Some shows pay them high whereas some show pays low as per their market value. 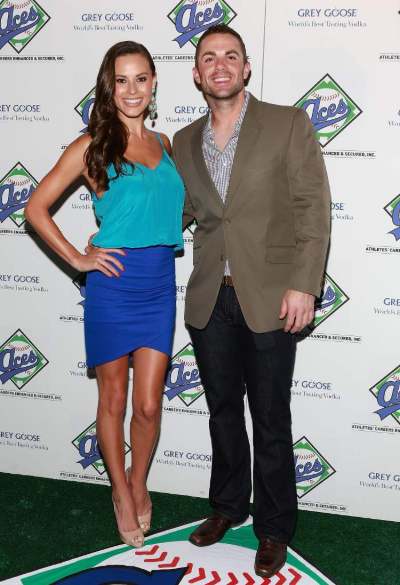 Molly Beers and her partner David Wright at a function SOURCE: facebook.com

On the other hand, Molly Beers' net worth is about $3 million while her husband David's net worth is estimated to be about $80 million which is a huge amount of money. Similarly, he has houses in many places such as Manhattan, Manhattan Beach, and Chesapeake, Virginia.

David Wright is a former American Baseball Player who played his 14 years of Major League Baseball career for the New York Mets. He was first drafted by the Mets in the 2001 MLB draft and made his debut in July 2004. He was famous for his gameplay in the World Baseball Classic and was named "Captain America" as he gave an incredible performance on that game. 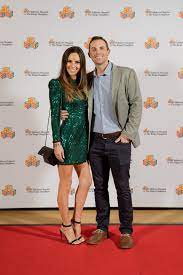 Molly and her husband SOURCE: facebook.com

Moreover, Wright is a seven-time MLB All-Atar, two times Silver Slugger Award Winner, 2 times Gold Glove Award winner, and is also a member of the 30-30 club. He made his last appearance as a Mets player was September 29, 2018.

Molly Beers is an American model with a slim body and a beautiful face. She is 5 feet 7 inches tall and she got attractive long legs. She has a body measurement of 32-28-34 inches and she has black/blonde/brown hair with brown colored eyes.

She is of Caucasian Ethnicity. She wanted to be an actress but later on, ended up becoming a Model.

Is she active on Social Media?

She seems to be private about her personal life and it is because she wants to be away from media pointing about her daily life.