David Lee is an American former professional basketball player who played college basketball for the Florida Gators before he was drafted 30th overall by the New York Knicks in the 2005 NBA draft. Former Power forward retired in November 2017, after short stints with three other NBA teams and becoming a free agent.

The 36-year old David was born on April 29, 1983, in St. Louis, Missouri where he completed his early education from Chaminade High School. Later, he attended Florida University where he played basketball for the college team.

Dave Lee is a renowned figure in the NBA who has collected staggering net worth at around $3.5 million before retirement. He lastly played for the San Antonio where he was signed to a 2-year contract worth $3.2 million and San Antonio Option him with he $10 million for 2017-18. 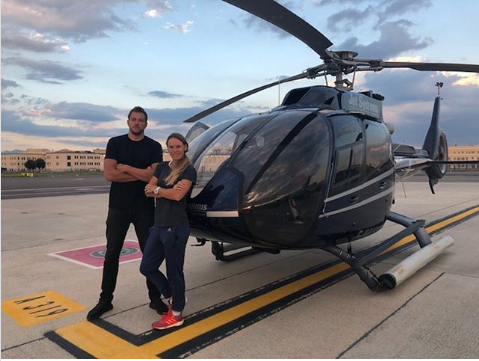 Before San Antonio, he had signed a 1-year contract with Dallas worth $2.1 million. His career breakthrough was 2009 where he signed a 6 years contract worth $80 million with New York Knicks in July 2010.

His wife Caroline is a tennis star who has a net worth of about $30 million as of 2020. She is one of the highest-earning female tennis players with around $25 million earnings from prize money.

David is tied in a knot with the stunning beauty Caroline Wozniacki who is also a popular tennis star. The pair shared their marriage pledge in an exquisite evening at the winery Castiglion del Bosco in front of 120 people including their family and friends. 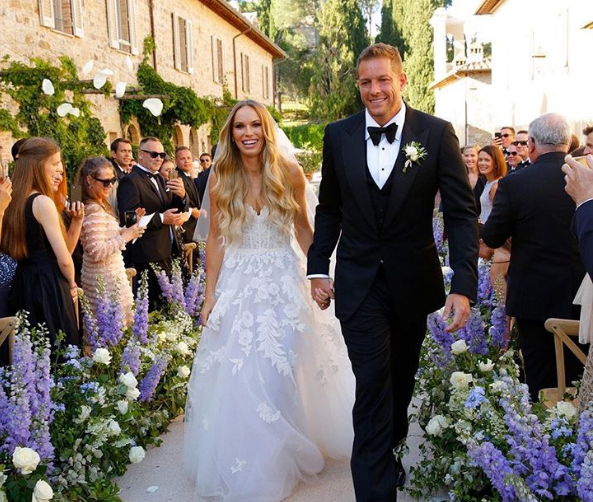 David Lee and Caroline At The Time Of Their Wedding SOURCE: Facebook @davidlee

At the time of David's marriage ceremony, Caroline addressed the best women in her life including five bridesmaids, in particular, the former world number one Serena Wiliams. David's Spouse Caro walked down with custom-embroidered gown with a cathedral length tulle veil whereas David was Suited and Booted with TomFord apparel.

Before getting married the couple got engaged on March 17, 2017, and at that time David was playing his last season in NBA whereas his Caroline was ranked No. 3 in the world.

Who is Caroline Wozniacki?

Caro Wozniacki is a Danish former professional tennis player who reached world No. 1 in tennis singles and she is the first woman from a Scandinavian country to hold the top-ranking position. Wozniacki had already been engaged to golfer Rory McIlroy in January 2014, with whom she started dating in 2011. 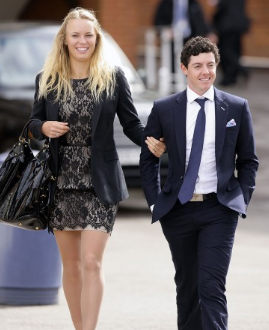 But McIlroy eventually broke off the engagement in 2014 after their wedding invitations were sent out. He is nor married to PGA employee Erica Stoll since 2017.