Carmen Botin O'Shea is the ex-wife of Seve Ballesteros (9 April 1957 – 7 May 2011) who was a Spanish World No. 1 golfer from the mid-1970s to the mid-1990s. He has won ninety international tournaments: including 5X major championships, 3X the Open Championship, and 2x Masters Tournament.

Carmen and Seve were married for 16 years long but what caused the divorce between them? Also, know Carmen Botin O'Shea's Bio, Age, Net Worth, Children, and Cause Of Her Husband's Death.

Carmen met her future husband, Seve Ballesteros in 1983. In fact, their meeting was set up by her father to teach her Carmen golf. Soon, the pair started dating but kept their relationship secret from the world.

In November 1988, Carmen and Seve walked down the aisle in a lavish wedding ceremony. Like other happy couples, they lived their marital life to the fullest: shared children had a beautiful family. 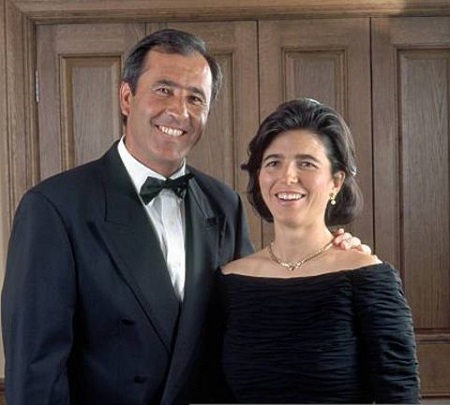 As reported, their relations turned sour in the late 1990s, when the veteran golfer, Seve, could not accept his career was about to end. In 2004, they divorced in the municipality of Marina de Cudeyo in Cantabria.

After separation, Seve dated other women but there are no rumors of Carmen being involved romantically or re-married.

Carmen Botin O'Shea shared three children with Seve Ballesteros. On 20th August 1990, they welcomed their first child, a son, Javier Ballesteros, to the world. Miguel Ballesteros, their second child was born in 1993, followed by their only daughter, Carmen Ballesteros, later two years.

After divorce, Carmen moved to Madrid with their children. 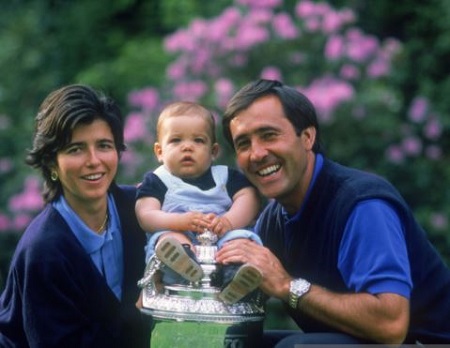 Severiano Ballesteros with his then-wife Carmen with their eldest son Baldomero after winning the Volvo PGA championship at Wentworth SOURCE: Getty Images

Following father footstep, Javier Ballesteros also pursued career as a golfer. Turned professional in 2014, he had caddied for his father during Seve’s 28th and final appearance in The Open at Royal Liverpool. Javier still has a long way to go, so let’s hope that he achieves significant success just like his father.

Ex-Husband Died At The Age Of 54

On 6th October 2008, Carmen's ex-husband, Ballesteros lost his consciousness at Madrid-Barajas Airport and was admitted to hospital. Later six days, it was confirmed he was diagnosed with a malignant brain tumor. He undergone a 12-hour operation to resect the tumour.

On 9th December 2009, he was discharged from hospital and returned home successfully removing tumor. On 6 May 2011, Ballesteros' disclosed that his neurological condition had suffered a severe deterioration. With an hour of announcement, Ballesteros took his last breath in the early hours of 7 May 2011 at the age of 54.

Carmen Botín O'Shea is the daughter of oanish banker Emilio Botín-Sanz de Sautuola Garcia de los Rios, who was the executive chairman of Spain's Grupo Santander. Emilo died on 10 September 2014.Her mother, Paloma O'Shea Artiñano was a pianist and the president of The Albeniz Foundation.

As a matter of fact, Carmen Botin O'Shea rose to fame only as a wife then ex-wife of later spanish golfer Seve Ballesteros. There is no infromation about her professional career neither any source of income.

At the time Seve Ballesteros's death his net worth was estimated $4 million. The significant source of his wealth was golfing industry. Besides, he also earned a good deal of money from the brand deals, sponsorships, and promotional ads.