Carlos Manuel Brito Leal Queiroz a.k.a.Carlos Queiroz is a Portuguese football coach who most recently managed Iran national team (2011-2019). He is a veteran and experienced manager who has previously been in charge of Portugal National Team and Spanish Club Real Madrid. He was also assistant manager to Alex Ferguson in the English Club Manchester United.

Queiroz's managerial skills have won him several awards as a coach in junior levels and he has been able to maintain his success at the senior and club levels as well. His skill has helped him put three national teams to the World Cup, those being South Africa in 2002, Portugal in 2010 and Iran in 2014 and 2018.

As of 2019, his net worth is estimated $3 million. Furthermore, Queiroz was ranked 7th highest earning 2018 World Cup coach. Regarding his personal life, he is married to Ana Paula Queiroz with whom he shares two children: Rogerio Queiroz and Sandra Queiroz.

Not to mention, Carlos Queiroz has earned his wealth widely through his coaching career. As of 2019, his net worth is approximately $3 million. He was ranked 13th highest paid coaches at the world cup 2014 with an annual salary of $2,098,060 which is 293 times more than the average person in Iran.

Team Melli (The National football team of your country) is the mother of all football loves. You fall in love with your father (Club Team) but you can never betray and let your football mother love down. #allforteammelli CQ

Similarly, he was the 7th highest-paid World Cup Coach with a salary of $1.9 million, during the 2018 FIFA World Cup at Russia.

The 65 years old manager of the Iran national team is married to Ana Paula Queiroz. The couple has two children; a son and a daughter together: a son, Rogério Queiroz and daughter, Sandra Queiroz. 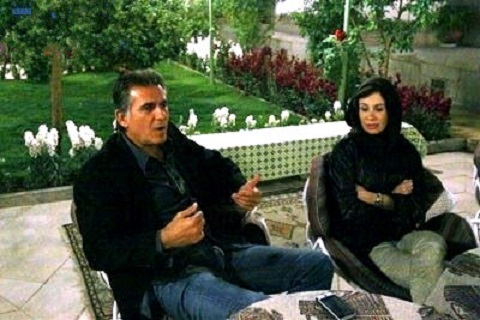 Queiroz has managed to maintain privacy in regards to his family and nothing has been provided to the media regarding his family life.

Queiroz was born in Nampula, Portuguese Mozambique on March 1, 1953. He had interest towards football in his early days. He used to play the position of goalkeeper but he would give up his journey as a player and would turn to management later. He is a graduate of the University of Lisbon and was the coach for Portuguese under-20 FIFA World Youth Championship in the 1989 and 1991 tournaments.

Queiroz's career as a manager began as an assistant manager of Estoril-Praia in 1984. In 1991, he was appointed the senior national team coach and he had a record of 14 wins in 31 matches. After his time as the national coach, he started managing the Portuguese Primeira Division team Sporting CP in 1994.

Queiroz coached for NY/NJ Metro Stars in the United States for a short while and left for the Japanese team Nagoya Grampus Eight. Queiroz stayed out of coaching the national team but returned coaching national team in 1999 with the job of head coach of the United Arab Emirates. He remained as a coach for the team for only a year and would join the South Africa national team as their head coach in 2000.

Under Queiroz's guidance and management, South Africa qualified for the 2002 FIFA World Cup. Though his contribution to the team was big, he would resign from his post in March 2002 before the finals after his falling out with the South African Football Association.

Soon after his resignation from the South African Team, he joined Manchester United as their coach in June 2002 and began working alongside Alex Ferguson. He started the work at the start of the 2002-2003 season. His services at Manchester United would grab the attention of Real Madrid who was in search of a new manager for 2003 to replace departing manager Vicente del Bosque.

Queiroz was provided with the opportunity to work with some of the top players in the world like Zinedine Zidane, Ronaldo, and Luis Figo and manage a well-renowned club. The opportunity was too good to be missed and Queiroz would take the offer to manage the team for the 2003-2004 season. Real Madrid got off to a good start for the 2003-2004 season and was topping the La Liga table by mid-season.

But, during their final five matches, they lost all their game finishing the season in fourth place. Real lost the Copa del Rey and the Champions League as well and only won the Supercopa de Espana trophy. The team's failure to perform well in the season was pointed out to Querioz's poor managerial skills and tactical decision and he was sacked from the job in May 2004.

Queiroz returned to Manchester United on 1 July 2004 and was reunited with Alex Ferguson. Queiroz would be a great help to Alex Ferguson in managing the club.

In the autobiography of Alex Ferguson, he states, "Carlos Queiroz was brilliant. Just brilliant. Outstanding. An intelligent, meticulous man. He was good for me. He was a Rottweiler. He was the closest you could be to being the Manchester United manager without actually holding the title." 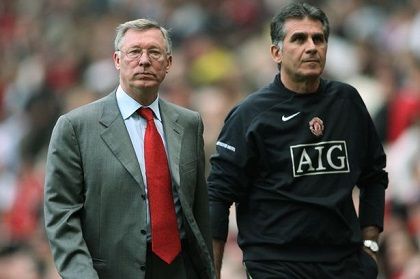 Queiroz was offered the position of manager for Portuguese Benefica and the United States national team in 2006 but he remained with Manchester United to help them win the Premier League in 2008. Benefica once again approached Queiroz in late March 2008 for the Managerial role and made a formal request to Manchester United. Queiroz would not take the offer this time around either.

Soon after Benefica's offer, an opening for the Portugal national team was rumored. Ferguson pushed for Queiroz to be his successor as the new manager of the club after his departure. But despite his effort, on 11 July 2008. Manchester United agreed to release Queiroz from his contract and Queiroz was appointed a manager for the Portuguese national team.

Portugal got Querioz in a four-year contract to become the head coach of the Portugal national team. His management which was praised by Alex Ferguson would suffer in the national team of Portugal as the team struggled under his management during the qualification for the 2010 World Cup. 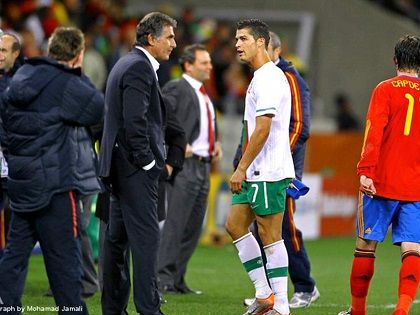 At the World Cup, Portugal drew 0-0 with Ivory Coast and beat North Korea in a dominant score of 7-0. Portugal was granted passage to the second round. However, in the second round, they lost to Spain 1-0 and were knocked out of the tournament. Queiroz was sacked by the Portuguese Football Federation on 9 September 2010.

Queiroz penned a two and a half year deal to coach Iran until the end of 2014 world cup on 4 April 2011. His introduction to the national team of Iran proved to be the huge boost which the Iran national team needed. Under his managerial guidance, Iran was successful in qualifying for the 2014 FIFA World Cup.

Iran drew Nigeria to a 0-0 draw in the tournament of the world cup which was their first clean sheet of the FIFA world cup. Thier next match was against Argentina which the team lost with the score of 1-0. Despite their loss, the team was praised as they had been successful in holding Argentina to a goalless match for 90 minutes. 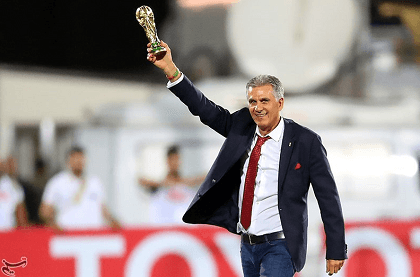 Iran National team lost the following game to Bosnia and Herzegovina with a 3-1 defeat and was eliminated from the tournament. Iran's lone goal was scored by Reza Ghoochannejhad. Queiroz extended his contract until the 2018 World Cup after the tournament.