An Iranian international footballer, Ali Gholizadeh currently plays for Charleroi in the Belgian Pro League as a forward and occasionally as a winger. Since 2018, Gholizadeh has been on the Iran national team and capped twenty-four.

He was included in the preliminary list of Iran but could not make it into the final 23.

A native of Namin, Iran, Ali Gholizadeh was born on March 10, 1996. His star sign is Pisces. By nationality, he is an Iranian, and his ethnicity is unknown. At the early age of 9, Gholizadeh started playing football with Saipa.

Ali Gholizadeh's Net Worth and Endorsement

Ali Gholizadeh has an estimated net worth of more than $1 Million. The player credits most of his net worth to his successful football career. As per sources, Gholizadeh is getting paid £5,500 as his weekly salary, which is around £286,000 per annum through Charleroi. His current market value is recorded at $500,000. 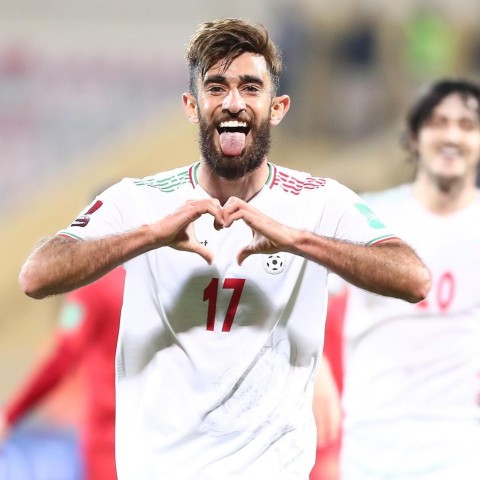 Besides his earnings from his club contracts, Gholizadeh collects good worth through salary from the national team, sponsorship, and endorsement. His teammate, Herve Kofi, is the highest-paid player in the club, with an annual salary of £478,400.

Ali is pretty early in his career and will be adding millions in the future. The player lives a lavish lifestyle from his career earnings.

Following various youth levels at Saipa, Gholizadeh was promoted to the central team of the club in 2013. He made his professional and first-team debut in the last Fixture of the 2013-14 Iran Pro League against Saba Qom as a substitute.

The player has been part of the club since 2018. In the last five seasons, He has appeared in 121 games and scored 21 goals for the club. He is among the oldest player playing for the club. In January 2020, Gholizadeh extended his contract with Charleroi until June 2024.

On March 17, 2018, Gholizadeh made his international team debut for Team Melli against Sierra Leone, where he scored two goals for his native.

In May 2018, Gholizadeh was named in Iran's preliminary squad along with his teammates Mohammad Rashid Mazaheri, Rouzbeh Cheshmi, and Karim Ansarifard For the 2018 World Cup in Russia but was left out of the final 23.

Ali has been playing with the same club for more than five seasons but has not been able to win the title with the club. In the 2017/28 season, He was named the Young Iranian Player of the Year.

Ali is an active social media user but only shares his games and some game photos. Following his social media profile, it seems like the player is single, but in reality, Gholizadeh is a married man. Ali exchanged his wedding vows with his longtime girlfriend, Yasaman Farmani. The love birds exchanged their wedding vows in February 2019 at a private wedding ceremony in their hometown. 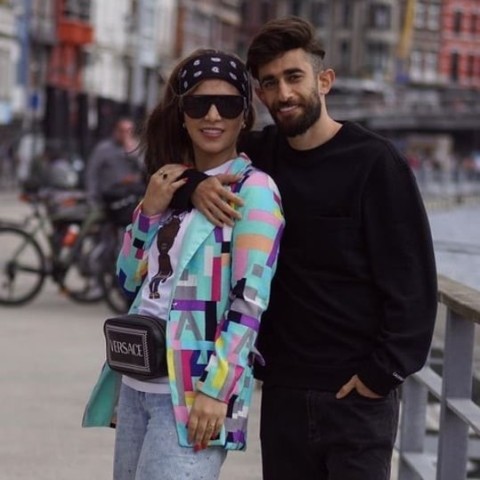 Ali shares a photo with his wife SOURCE: [email protected]_gholizadeh11

Ali and Yasaman had been dating each other for several years before marriage. None of them have shared about their first meeting experience. Although It's been more than two years of their marriage, The love birds are yet to welcome a new member of their family. Although Ali does not share much about their love, Yasaman has filled her timeline with their pictures.