Karl Heinz Rummenigge is a German football executive and former professional football player. He is the Chairman of the Executive Board of FC Bayern Munchen, a subsidiary of the German Bundesliga team, Bayern Munich. He served as the chairman of the European Club Association from 2008 to 2017.

Rummennigge was born in Lipstadt, West Germany on September 25, 1955. As a player with Bayern Munich, he won the Intercontinental Cup, two European Cups (the UEFA Champions League, 1975 and 1976), two league titles, and two domestic cups. As a member of the West Germany national team, he won the 1980 European Championship and was part of the squad that finished runner up in the 1982 FIFA World Cup and at the 1986 World Cup. 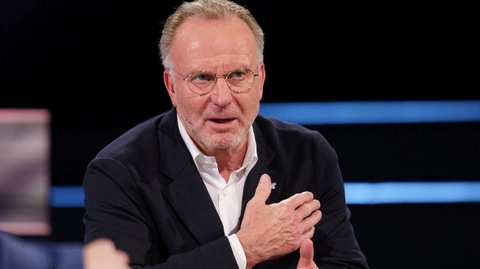 He then moved to the Swiss first division club, Servette FC in Geneva, where he would end his playing career. His last success was becoming the Swiss League 1988-1989 with 24 goals. With the national team, he participated in the 1978 World Cup in Argentina, the 1982 World Cup in Spain, and the 1986 World Cup in Mexico. He was the winning member of West Germany that secured the European Championship 1980.

For the national team, he altogether scored 45 goals. He became the vice president of Bayern Munich in 1991 and was appointed the club's Chairman of the Executive Board in 2002. On June 1, 2021, the Lipstadt-born footballer announced former Star of the South's goalkeeper, Oliver Kahn will take over his CEO position at the club.

For someone who has run one of the top teams in Europe for more than 2 decades, his salary and fortune ought to be in the ballpark of millions of dollars. Add to that Rummenigge is also the player who once held the record for the highest transfer fee of €5.7 million. That should give a pretty rough estimation of his assets and earnings both as a player and as the director. 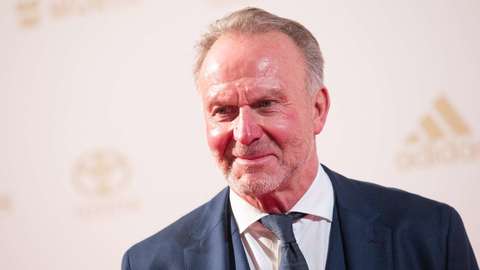 During his 16 year reign as a chairman at Bayern, the two times Ballon d'Or winner, Rummenigge has provided the best managers, the best players, and consequently the hoards of titles. Being the director of a $3.04 billion club, he must have likely topped the list as the highest-paid CEO on several occasions.

Multiple reports suggest chief executives in football, especially helming the biggest teams typically rakes in anything from €4-€5 million a year. Taking that into account, his career earnings as the CEO must have grossed well over €20 million. That said, Rummenigge's net worth in 2021 could considerably in the neighborhood of €10 million.

Rummenigge married Martina on August 8, 1978, in Munich, Bavaria, Germany. When departing from the presidency of Bayern Munich, the 65-year-old said he wanted to "repay the debt to his wife, who has always supported him."

The pair have been together since their marriage. They reside in Sylt, an island in Northern Germany. Rummenigge hopes this will be the first summer vacation for him and his wife in years without transferring phone calls.

He shares four children with Martina, namely, Charlotte, Roman, Henry, and Andre. Rumminagge's daughter, Charlotte is an equestrian. In March 2009, rumors were reporting Rummenigge the affair with an unidentified 30-year-old woman.

When asked about the allegation to the former European Cup winner, he said he would comment on it in due course. Sources then said Martina was aware of her husband's infidelity but chose to remain because of her children.