Terell Owens' Hall of Fame wait is finally over. He has been included in the prestigious NFL honors on this third try after being ignored by voters previous two years. The former 49ers, Eagles, Cowboys, Bengals and Bills receiver has the record of 1,078 career receptions, 156 touchdowns add 15,934 yards in his 16-year career.

Owens will join the unsurprising selections that include former Ravens linebacker Ray Lewis, and Randy Moss.

The final list was prepared by the Hall of Fame's board of selectors before the Super Bowl LII from the 15 finalists of Modern era football. 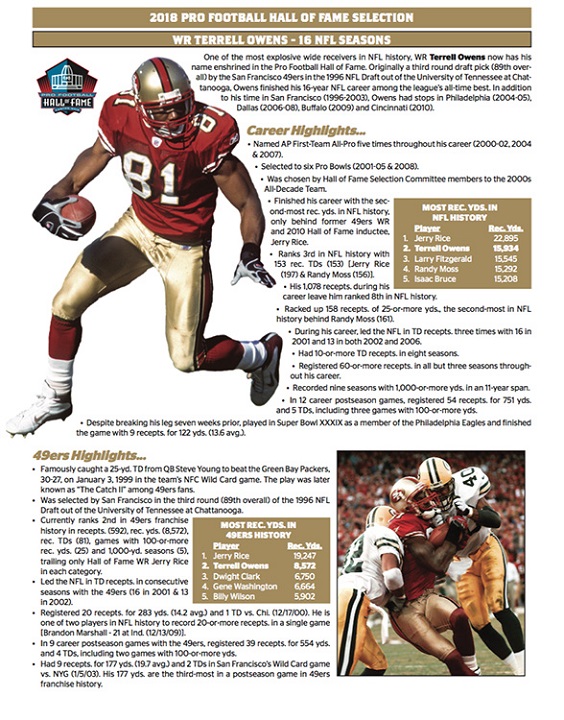 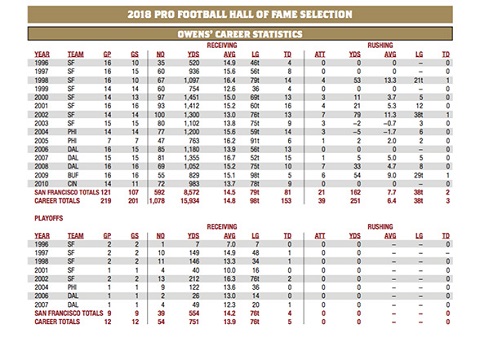 The San Francisco 49ers congratulated Owens on his achievement with a statement that read:

Terrell Owens gave our organization eight great seasons of service and some terrific memories that will live on in 49ers lore. He is one of the most accomplished wide receivers in the history of the NFL, and very deserving of this selection to the Pro Football Hall of Fame. The 49ers organization would like to congratulate him for this great honor.

The other player to be named as the part of the class were Brian Dawkins, Brian Urlacher, Jerry Kramer, Robert Brazile, and Bobby Beathard. However, Alan Faneca and Tony Boselli were left out for this time.