"A Real Husband And Wife Stand By Each Others Side On Good Days And Stands Even Closer On Bad Day No Matter What." With these strong love quotes, today our topic is PGA Tour golfer, Billy Horschel's wife Brittany Horschel. As of 2022, the couple will be celebrating six years of sobriety for Brittany. Back in 2017, the Horschels went public with her struggles battling alcoholism.

When the Brittany Horschel & Bill Horschel Married? Do they share children? To know all the answers, SCROLL DOWN!!

Brittany met her then-future-husband, Bill while he was a senior in high school at Bayside High School and went to a golf tournament in Doral, FL. They have known each other for life/ The couple attended the same University in Florida. 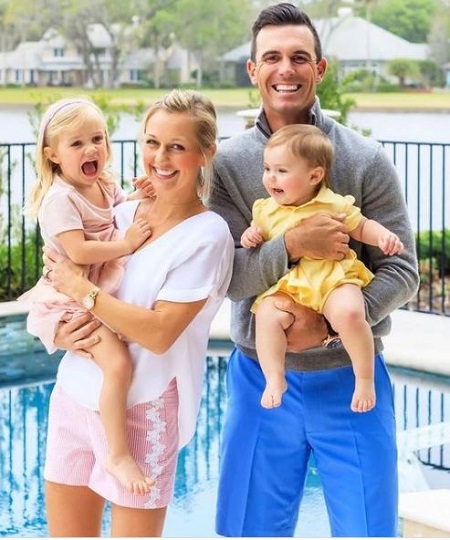 After dating for years, Billy and Britt Horschel exchanged vows in 2010. On 16th September 2016, the Horschels welcomed their first child, a daughter, Skylar Lillian Horschel to the world. Colbie Rae joined the family on April 12, 2017.

Conquered Battel With Alcoholism With The Support From Husband

In 2017, Billy and Brittany Horschels talked about her alcoholism struggles openly. They were interviewed on Good Morning America where Brittany spoke about how she didn’t tell her husband about her alcohol addiction and would hide vodka in water bottles around the house and hotel rooms.

While Brittany Horschel was in treatment, the couple reversed roles. When she checked herself into a treatment facility for two months, Billy took care of their then-18-month-old daughter Skylar. Brittany said, "That was the hard part, leaving Skyler, I was very hesitant at first, but soon realized that it was the best thing for her. It was the best gift I ever gave her."

On May 21, 2020, Britany tweeted a well-documented four-year sober story. Her husband retweet and it's read. "Truly amazing to see the transformation my wife has made over the last 4 years. It ain’t easy but she continues to work her ass off every day to maintain her sobriety! Love you, babe!"

This beautiful 33-year-old golf WAG, Brittany Horschel was born on December 08, 1987. She is the daughter of Deborah Nelson and Chase Nelson and was raised alongside one older sibling, Bradley Nelson. 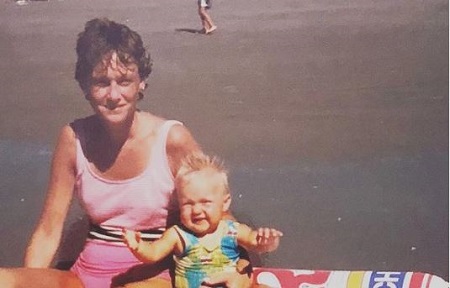 Brittany enrolled at the University of Florida, where she majored in psychology. She is a Gators fan who is a former ace skier and golf top recruit, who saw her career came to an end after three wrist surgeries.

As of 2022, Brittany's net worth is under review since there is no information available regarding her profession and income-generating source. But no worries, she is still a millionaire.