As of 2020, Kai Kara-France's net worth is approximately $0.5 million. The significant source of his income is his MMA career.

Besides, he is sponsored by MusclePharm, Nutrition System NZ, and Pharmafreak.

Kai Kara-France has always lived a low-key personal life. The only thing he spoke about his love life is he has a girlfriend. Besides, there is no information about his girlfriend, not even her name. It seems like the MMA fighter prefers is a personal life behind the camera.

Kara-France turned pro at 17 while still a student at Mt Albert Grammar. At the age of eighteen, Kara-France packed his bags and left the comforts of his parents' Waterview bungalow and flew to Phuket, Thailand, to commit himself to the Tiger Muay Thai gym.

After a brief stint studying for a Bachelor of Sport at Unitec Mt Albert, he spotted a Facebook post advertising scholarships at the world-class Tiger Muay Thai gym. It was a tough decision to drop out of university and take the gamble, but Kara-France believed the potential rewards outweighed the risk. 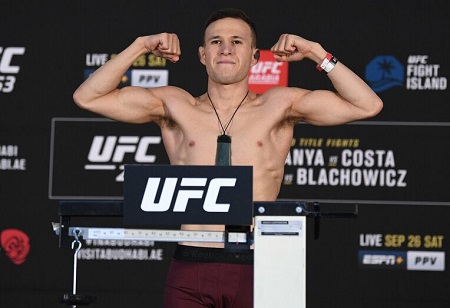