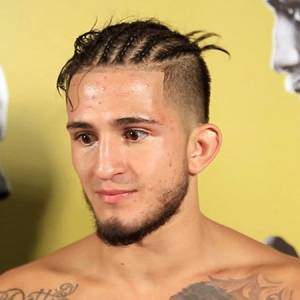 Sergio Pettis was born on August 18, 1993. He was born in the beautiful place of Milwaukee, Wisconsin that lies in the United States. He is an American by his nationality. His ethnicity is white. His star sign is Leo.

He is from an athletic background. He followed his elder brother footsteps to get success. He was born to Eugene Pettis Jr.

Sergio Pettis started his professional career on September 10, 2011. At his early age, he was passionate about his career and his family equally supported him. He started his career by participating at Canadian Fighting Championship. He won the fight in the first round.

On January 7, he fought against Mike Lindquist at Madtown Throwdown 26. He won the game in the round one. Later on, he won a game over Chris Haney at NAFC: Colosseum. The game was in his pocket via undisputed decision. On January 25, 2014, he played his match against Alex Caceres at UFC on FOX. He lost the match in the third round.

Pettis was defeated by Henry Cejudo at UFC 218 via decision. He later faced Joseph Benavidez and won via split decision. He is scheduled to face Jussier Formiga at UFC 229.

Sergio Pettis is the youngest brother of Anthony Pettis who is a popular mixed martial artist and the former UFC Lightweight Champion. He completed his studies from Pius XI Catholic High School. Everybody is wondering about his girlfriend. It seems like he is a shy person. So far as of now, he has not talked about his affair and girlfriend. It seems he has not involved in any relationship. Neither is he married.

Some sources reveal he was in an affair and has been spotted in the public holding hands several times. He is a dedicated and commitment towards his career. He believes that his punches and fighting styles speak about him. He has inked tattoo on his body. He is a Christian and believes in Jesus Christ.

Sergio Pettis has earned praiseworthy achievements from his professional career. He is earning a praiseworthy salary. His has made the MMA career earnings of $ 562,000 with $273,000 coming from UFC.

His net worth is still unknown to his fans. He has a great physique. He has a height of 5 feet and 6 inch that is around 1.68m. His body weight is 57 kg. He has a thousand of fans over Instagram, and Twitter.