Brandon Brown is a well-known American professional stock car racing driver. He is currently driving for Brandonbilt Motorsports racing the No.68 Chevrolet Camaro. Brown turned professional in 2016 and won the 2021 Sparks 300.

Brandon Brown was born Brandon L. Brown on September 14, 1993, in Woodbridge, Virginia. He is the son of Jerry Brown and his wife, Valorie Brown. His father served in the military in his initial days and is the team owner of Brandonbilt. After graduating from High School, Brown enrolled at Coastal Carolina University with a degree in communication. Talking about his physical appearance, Brandon stands five feet and ten inches tall and weighs 75 kg.

Brandon Brown's Net Worth in Millions

Brandon Brown has an estimated net worth of more than $2 Million. A stock car racing driver does not need to win an event to earn their prize money. They have a fixed base salary with their teams and will receive extra prize money if ranked in the top positions. Also, They make a handsome amount from their sponsorship and advertising deals with the brand. 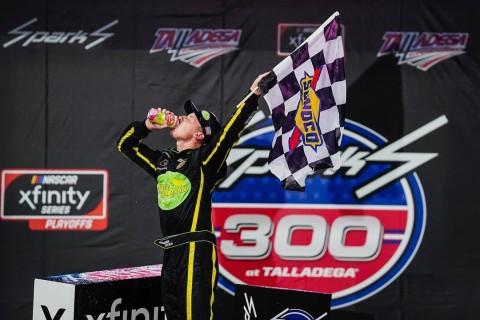 Brown has had ups and downs while registering a sponsorship deal with meme coin Let's Go, Brandon. Brandon has not shared much about his salary with the public. The driver is very early in his career and will add a huge net worth in the future.

Who is Brandon Brown Dating? Know About His Relationship Status and Girlfriend

Brandon is very much open about his relationship status. He is an active social media user, and following his timeline we can be sure that the driver is involved in a romantic relationship with his girlfriend, Morgan Stone. The love birds first shared a photo in June 2021. 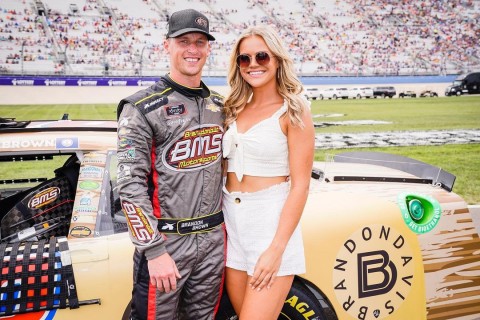 Brandon and Morgan keep sharing each other's photos in their timelines regularly. They are very supportive of each other. Stone keeps attending Brandon's games regularly. The duo is yet to get engaged or tie their wedding knot.

Brandon started go-karts from the age of ten. He drove at the King George Speedway and then moved to Dirt track racing. Brown won his first amateur event at the 2006 World Karting Association Mid-South Region Jr. Championship. Brown won several amateur events before making his NASCAR debut in 2014.

Brandon became a full-time Xfinity Series driver for two teams in 2019. He made his first appearance in the NASCAR Xfinity Series playoffs, finishing 12th in the regular season. In October 2021, Brown won his first title at the Sparks 300 at Talladega.