Marcus Ericcson is a professional car racer from Sweden who currently drives in the NTT IndyCar Series. He drives a Number 8 Honda for the Chip Ganassi Racing. He started racing in the competition in 2019. Before that he used to race in Formula One. In the 2021 season, he secured the 6th position which is the best position he has had in IndyCar Series in his career.

While his time at Formula One, the Swedish racer used to ride for different teams like Alfa Romeo Racing,  Sauber F1 Team and Caterham F1 team. He also raced at GP2 Series and came to the second position in 2011. He is a one-time winner of the Formula BMW  UK series in 2007 and the All-Japan Formula Three Championship in 2009.

Who is Marcus? Personal Information and Early Life

Marcus Ericsson, in full Marcus Thorbjörn Ericsson, was born on 2 September 1990, in Kumla, Orebro County, Sweden and his birth sign is Virgo. 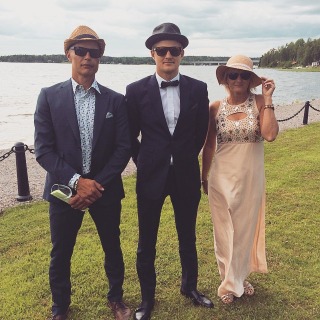 He was born to his father Tomas Ericsson and mother Kerstin Ericsson. He does not come from a well-established family and couldn't afford to buy necessaries for driving. He said,

"I'd never really thought about racing as a career." He added, "My family didn't have the money for me to race formula cars so we never thought about it."

It was Fredrik Ekblom, who persuaded Marcus's father to buy a kart when he was a kid. Fredrik Ekblom is also a professional car racer from his hometown Kumla.

Read:- Who is Kross? His Bio and Early Career

Early Career: Karting to Formula One

Ericsson started racing when he was nine years old. He used to do karting and even win different competitions. 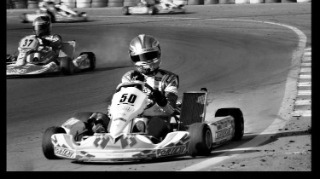 But his major turning point came after being discovered by Kenny Brack, the former Champ driver. According to Kenny, Marcus was so talented and said,

"He didn't win the race because his engine blew up with two laps to go but he was clearly the best out there. He didn't get caught in any battles when passing"

It was also Brack, who helped him to get a chance to compete in the British Formula 3 Championships. He didn't disappoint Kenny as he won the title by 40 points at just 16 years of old.

Who is his brother Hampus?

Hampus is also a professional car racer who has competed in various competitions. He has already participated in the F4 British Championships in 2017 and 2018. 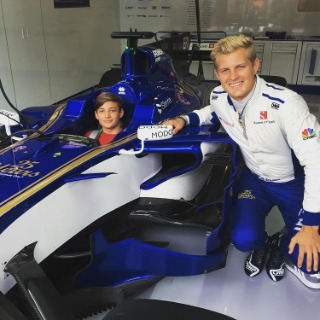 He was promoted to Formula Three British Championship in 2019 and even won a competition held at Snerlton. Recently in 2021, he came second in the Porsche Carrera Cup Scandinavia.

Marcus's younger bro Hampus was born on March 14, 2003. The two brothers have an age gap of 13 years. And young Hampus is following the path of his older brother Marcus.

How tall is Ericsson?

He has yellowish-brown hair and brown eye.

Ericsson's Net worth and Career Earnings

Chip Ganassi Racing driver Marcus Ericsson has an estimated net worth of $4 million in 2022. It includes all his properties, assets, houses, and cars. His primary source of income is from racing for different teams in different competitions. Besides he has also established various sources of income including sponsorships and his own merchandise.

Read:- What is James Anderson's Net worth? His salary and contract

Salary of Marcus Ericsson with Chip Ganassi Racing and

The 2007 Formula BMW UK series winner Marcus earns about $600,000 while driving for Chip Ganassi. Though there is no source to confirm the salary and earnings of the Swedish driver, he earns a pretty good amount.

But he is one of the lowest-paid racers of top competitions. The average salary of a Formula One racer is $6 million. While top racers can earn millions per year. One of the top salaried F1 racers is Lewis Hamilton who earns more than $76 million per year. He drives for the Mercedes-AMG Petronas F1 team.

According to a wealthy gorilla, the richest car racing driver is Michael Schumacher who has a net worth is $800 million. Michael is followed by Eddie Jordan from Ireland and Don Schumacher from America. They each have 450 million and $300 million respectively.

Marcus does not come near in the list of richest racers, as his net worth is below $10 million.

Read:- How Much is Karrion Kross's Net Worth In 2021? Salary & Contract at WWE

Though he is not highly paid in his profession, he has some brands partnering.

His major sponsor is Huski Chocolate, which is a company that manufactures Chocolate Brand especially made to be consumed in cold places. They are partnered with various sports teams of the world. Some of them are McLaren Racing, Alfa Romeo Racing Orlen,  Millwall FC, Hammarby IF and Chip Ganassi Racing. So, Marcus is associated with them from his team Chip Ganassi Racing team.

His other sponsor is MotorOfferten, which is a digital marketplace that helps people to make smart choices for cars.

The2009  All-Japan Formula Three Championship winner has his own Merchandise under which he sells products. 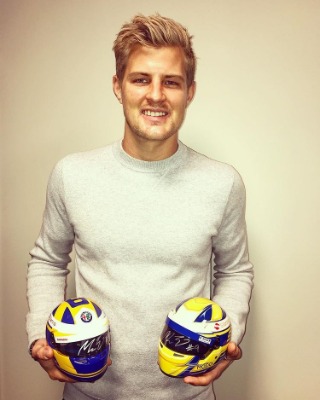 One of the major attractions at his store is the Signed Marcus Ericsson Mini Helmet Replica which costs around 1499 SEK. He also sells other products like Jackets, Caps, T-shirts and bottles.

You can visit the store at ME Merchandise.

Who is Marcus dating in 2022? Relationship Status and Dating Life

Marcus Ericsson is very much private if we consider his relationship status. He barely shares about who he is dating. He does not like to share about his love life on his social media too  He is a close person and quite secretive about his relationship.

While extracting his Insta profile, there were no photos where he was seen with a girl except his family. His photos with girls are only those with the fans. So, he seems to be single as of 2022 and does not seem to be dating anyone.

But it is sure that there must be many girls who want to date the handsome racer and with a very successful career. Ladies fans are excited to click photos with the Swedish racer.

Read:- Who is Price's wife Bethan?

As of 2022, Marcus is not currently racing at Formula One but races at IndyCar Series. But he competed in Formula One between 2014 and 2019.

In his first season at F1, he represented the Caterham F1 team. He secured the 19th position in that race. The following season, he improved just by 1 position and finished 18th.

His best finish in Formula One was in 2018 when he secured 17th position while driving for the Sauber F1 team. Later, he was positioned to Reserve driver in 2019 for the Alfa Romeo Racing team.

Marcus joined IndyCar Series in 2018 after leaving Formula One. The news was announced on October 30, 2018.

He made his IndyCar debut for the Schmidt Peterson Motorsports by earning a podium in the Detroit Grand Prix. But unfortunately, he had to miss it. 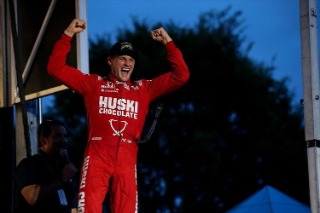 Then he joined Chip Ganassi in the following season and even finished in the top ten in half of the races. But his breakout season came in 2021 when he won the first race in Detroit. He finished the season with 435 points and standing the 6th position.

Marcus Ericsson is highly active on social media and has thousands of fans. On Instagram, he has more than 265,000 followers and his Insta Id is @ericsson_marcus. There he frequently posts about his games, training and time with family and friends.

He also used Facebook with the username @MarcusEricssonOfficialF1Page. It has also more than 55,000 followers.

He also has a youtube channel that has more than 11,000 subscribers. There he uploads videos about his racing events and personal blogs.

For business queries, one can contact him at [email protected].

He has his own website where he sells his products. You can visit his website from here.