Paul Tracy is a well-known Canadian-American former professional auto-racing driver. He competed in professional events for more than thirty years. Tracy has been a color commentator on NBC's IndyCar coverage since 2014. Paul is currently competing full time in the inaugural season of the Camping World Superstar Racing Experience.

Paul Tracy was born Paul Anthony Tracy on December 17, 1968, in Scarborough, Ontario, Canada. Tracy rose to fame only through his successful career. So much about his early life and parents is under the radar. Talking about his physical appearance, Paul stands five feet and ten inches tall and weighs 75 kg.

Paul started racing in go-karts in his hometown until he was sixteen. Tracey became the youngest ever Canadian Formula Ford Champion. At the age of seventeen, Tracey also won the final of Can-Am and achieved the record of the youngest winner in Can-Am history. In 1991, The racer entered the IndyCar Racing. In 1993, Paul won five times, with his first win coming at Long Beach and Cleveland, Toronto, Road America and Laguna Seca. 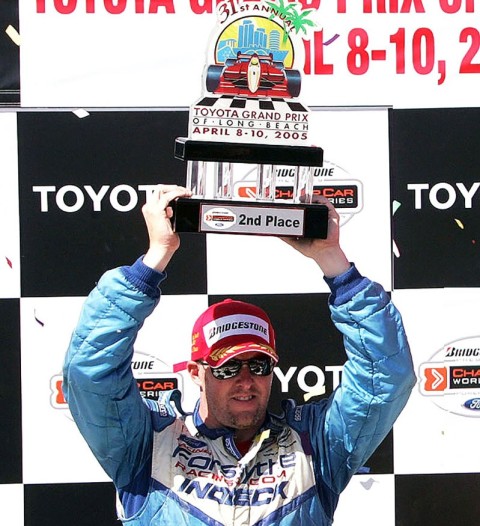 Paul shares a photo with his title SOURCE: Getty Images

Tracy raced for the Newman/Haas's until 1997 and then moved to Team Green Years. He had to struggle in his early days with the team. Paul won at Long Beach, Road America and Vancouver in 2001. The following year, Tracy returned to the Indianapolis 500. In 2004, The racer moved to Forsythe Championship Racing and won two series. The following year, He finished the season with two more series wins.

Tracy competed in one Camping World Truck Series race in 2008 at Texas Motor Speedway, where he finished 20th for Germain Racing. After racing with Forsythe for three-season, Paul moved to KV Racing in 2009 and then retired in 2012, racing in the Grand-Am Rolex Sports Car Series.

After retiring from Racing, Paul started working as a color commentator on NBC's IndyCar.

Paul is dating his longtime girlfriend, Lisa Richardson. The love birds have been dating each other for more than three years. Paul is famous for his successful career and well-known for his love life. He has been married thrice in his professional life. 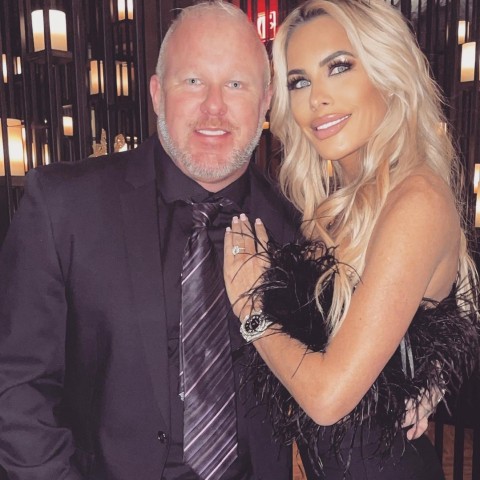 Paul was first married to Lisa Tracey in the late 1990s. They had a private wedding ceremony where they invited only a few members from families and close friends. Tracy and Lisa divorced and moved on. He then married his second wife, Patty Tracy, in 2005. Like that of his first marriage, this also ended in divorce. Tracy has two children from his three marriages.

Net Worth, Salary, and Earning

Paul Tracy has an estimated net worth of more than $10 Million. He credits most of his net worth through his successful career in racing. also, He dabbled as a professional downhill mountain bike racer. Tracy must be making a handsome amount from his NBC career working as a commentator.