Reggie Bullock is an American professional basketball player who plays in the National Basketball Association (NBA). As of 2019, Bullock currently plays for the Detroit Pistons as their small forward and shooting guard. Moreover, he has also played for other teams like the Los Angeles Clippers and Phoenix Suns.

As a small forward and shooting guard, Reginald Bullock reportedly earns around $2,500,000 as his yearly salary from Detroit Pistons. Further, the hunk has an estimated net worth of over $5 million.

Reggie Bullock's Salary and Net Worth

Bullock so far has made earnings of about $11 million dollars from his entire NBA career.

Other than being a famous NBA small forward and shooting a guard, Bullock is pretty famous in social media. He has 156k Instagram followers and 80.8k Twitter followers.

As per his Instagram post, Reggie has a 6-year-old son named Treyson Bullock. He has posted several photos and videos of his son on his Instagram page.

6 years ago today GOD blessed me with a YOUNG KING!! HAPPY BIRTHDAY TO MY SON “Treyson Bullock” enjoy your day kid!!!

However, the mother of his son is not mentioned. Reggie hasn't revealed any information about his dating affairs. There is not any rumor of him being in a relationship with anyone. It seems that he is single for now. Reggie seems to be totally focussed in his career and taking care of his son.

Reginald Ryedell Bullock was born on March 16, 1991, in Baltimore, Maryland to parents, Reggie Bullock Sr. and Danielle Long. As per his nationality, he is American and belongs to the Afro-American ethnic group. Further, his star sign is Pisces. He grew up along with his sibling, Mia Henderson.

In the 2013 NBA draft, the Los Angeles Clippers selected Bullock with the 25th overall pick. In July, he signed a contract with the Clippers and made his NBA debut, scoring two points against the Los Angeles Lakers.

On January 15, 2015, Bullock was traded to the Phoenix Suns and made his debut for the Suns against his previous team, the Clippers. He made his first score for the Suns in a game against the Denver Nuggets. 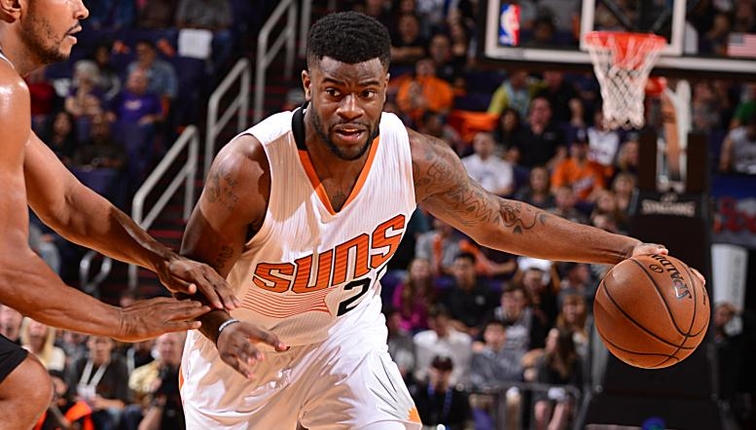 After 6 months, Bullock was again traded to the Detroit Pistons. A few months later, he signed a four-year, rookie contract with the Pistons. Due to hip and back issues and left knee injury, he appeared in only four games in NBA 2016-17 season. In July 2017, he again signed with the Pistons and scored a career-high 20 points in a winning game against the Orlando Magic. 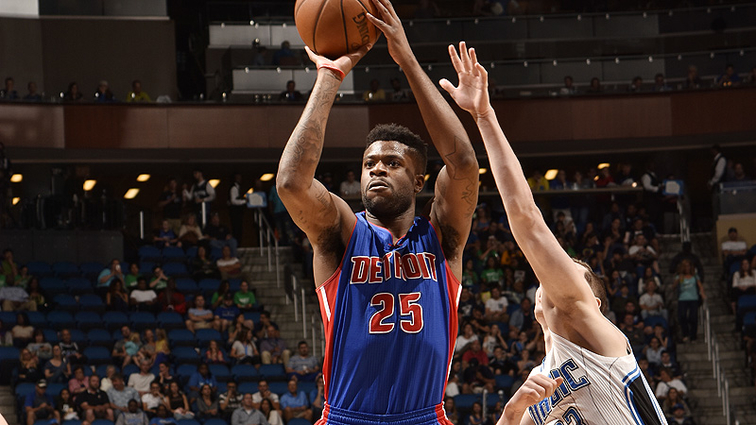 CAPTION: Reggie Bullock scoring for the Detroit Pistons in a gam SOURCE: NBA

Furthermore, he recorded his career-high 22 points in a game against the San Antonio Spurs. Recently, on November 11, 2018, Bullock had a career-high 23 points along with six 3-pointers against the Charlotte Hornets.

Currently, Reggie Bullock plays for the Pistons along with other players like Jose Calderon, Andre Drummond, etc.

Facts and Stats of Reggie Bullock

Reginald Ryedell Bullock is not only a world-class athlete but also has a very attractive individual. The Famous NBA star is 6 feet 7 inches in height and weighs around 92 kg.