Blaine Ridge-Davis was born on 7th May 1999, under the star sign Taurus. The twenty-year-old holds a British nationality and is of white ethnic background.

Blaine Ridge-Davis first came to notice after she became the first Briton to win the junior women’s title at the 2017 European championships since Shanaze Reade in 2006.

Further, as a member of a British quartet including Lauren Bate, Milly Tanner, and Sophie Capewell, Ridge-Davis won team sprint bronze at the UCI Track World Championships in Roubaix, France

There is no report on Blaine Ridge-Davis's personal life in the media. She is a low-key person who prefers her life behind the camera and media attention. There is no information available about her relationship or boyfriend. 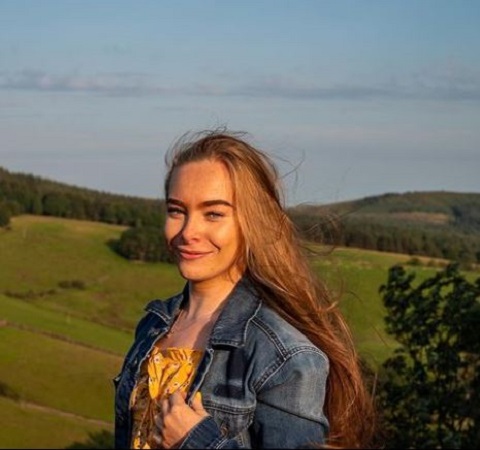 The British cyclist has thousands of followers on Instagram. She often posts her cycling stuff as well as her beautiful solo but has never dropped a hint about her love life. Since there is no confirmation, she is believed to be single.

How Much Is Blaine Ridge-Davis Net Worth In 2021?

The significant source of a professional cyclist is prize money. Besides big name in the game has tremendous endorsements and sponsorships.

It's been a few years that Blaine Ridge-Davis turned professional. She has won two British National Track Championship in 2019 and 2020. The prize money for the championship is somewhere between $15,000 to $10,000.

As of 2021, Blaine Ridge-Davis's net worth is under review.