1998 PGA First Lady of Golf Award receipent, Barbara Nicklaus is the wife of Jack Nicklaus, an American retired professional golfer. Mr. Nicklaus has won 117 professional tournaments in his career. The golf power couple was honored with The Boy Scouts of America Distinguished Citizens Award for being community leaders and the Francis Ouimet Lifelong Contributions to Golf Award due to their long list of contributions to the game of golf throughout their lives both in 2007.

Scroll Down to know Barbara & Jack's love story, their marriage, children, and accomplishment.

Barbara met her future husband, Jack in September 1957, on the first weekend in the fall of the semester at Ohio State. First, they were introduced by their mutual friend and later exchanged the number. Jack said, " It didn't take me long to figure out that our chance meeting... was a stroke of good fortune." 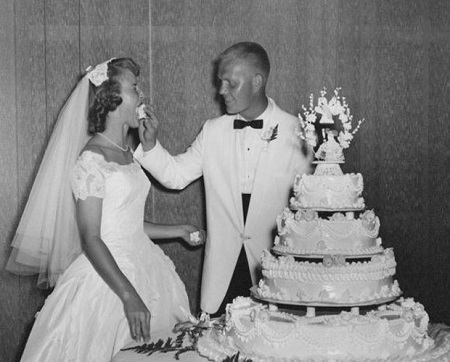 By the end of their sophomore year, Jack gave Barbara his fraternity pin, in 1959. That year on Christmas Day, the duo got engaged. In July of 1960, the pair tied the knot in a secret ceremony, in the presence of their family members, relatives, and friends.

Barbara goes along with her husband to nearly every event. While she looked for no recognition, her selflessness and lifestyle did not go unnoticed by fellow Tour players. In an article by Golf Magazine, Gary Player boasted how “Barbara is full of love, like her mother. Her mother and father were dear people, and Barbara has inherited those genes. She does everything that is right, not only with her husband but raising money for charity,  phone people when they’ve been sick.”

This year celebrated their 60th anniversary. They have five children and 22 grandchildren. Their children are Gary Nicklaus, Nancy Nicklaus, Steven Nicklaus, Michael Nicklaus, Jack Nicklaus Jr. Gary is a professional golfer and currently competes in the PGA Tour.

Nicknamed The Golden Bear, Jack is an American retired professional golfer who is considered one of the greatest of all time. He was born on 21st January 1940, in Colombus, Ohio, to Helen (Schoener) and Charlie Nicklaus, a pharmacist.

Turned professional in 1961, he competed in PGA Tour and Champions Tour, he won 117 tournaments and 18 major championships, more than Tiger Woods. The veteran had 164 major tournaments which are more than any other player.

Barbara and his husband, Jack have used their fame to be ambassadors to various organizations. From the promotion of junior golf to children's hospitals, the couple has dedicated their life to social welfare. To count, their most prominent work includes founding the Nicklaus Children's Health Care Foundation in the early 2000s across the United States to support numerous pediatric health.

Barbara being the Chairman of the Nicklaus Children’s Health Care Foundation, has raised over $60 million in 15 years. In 2010, they were inducted into the Ambassador David M. Walter International Pediatric Hall of Fame.

Barbara's husband, Jack Nicklaus is the fourth-highest earning athlete of all time with career earnings of $1.15 billion. However, the billion-dollar is not only from prize money. The golfer has founded Nicklaus Design in 1969 which has designed over 410 golf courses and 57 more under development around the world as of February 2019, but this is just one part of Nicklaus's empire.

What's more, Nicklaus owns a line of golf balls and has licensed his name to the Arizona Beverage company for a branded lemonade. Also, he is endorsed by various companies including Perry Ellis and Rolex. As of 2020, his net worth is approximately $400 million. 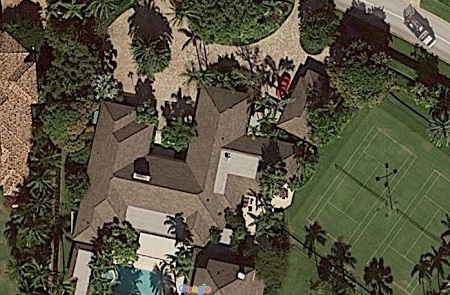 The Nicklaus family currently resides in their North Palm Beach mansion. Further, he has another home in Dublin, Ohio.