Gary Nicklaus is a Former American Professional golfer. He turned professional in 1991 and retired in 2003. He returned to the pro ranks after 11 years of period in the amateurs. He returned to pro ranks on PGA Tour Champions in January 2019. He is best known for being the son of Jack Nicklaus and is the fourth child of Nicklaus's five children. Like his father, he also attended Ohio State University and went to Benjamin School.

The 5' 10 '' tall was born on 15 January 1969 under the star sign Capricorn. He was born in West Palm Beach, Florida. He was born to parents Jack Nicklaus and Barbara Nicklaus. His siblings are Nancy Nicklaus, Michael Nicklaus, Steven Nicklaus, and Jack Nicklaus Jr. He currently resides in Jupiter, Florida. His home that was being built on Jupiter was destroyed due to fire on 20 August 2008.

How much has Gary Nicklaus earned by Playing Golf?

Gary Nicklaus has a net worth of $50 million in 2020. He has accumulated his net worth from his business venture and not much from the professional career of golf since he was mediocre in golf. However, Gary along with his brother helped his father in his business career. On a similar case, DeeGorden also has the same net worth.

Nicklaus is the Chairman of the Board of Directors of Camden Capital, Board of Directors for Nicklaus Brown & Co., Goods & Services, and Nearshore Technology, Co-Chairman of the Children's Healthcare Charity, non-profit organization and primary beneficiary of the Honda Classic, and a Government Appointed Commissioner of the Florida and Wildfire Conservation Commission.

The Ohio graduate might also receive sponsorship and brand deals that add a certain value to his net worth. He is definitely living a lavish lifestyle and enjoying life to the fullest with his family members.

Gary is happily married to Amy Nicklaus. There is no further information available on their marriage details since he is very secretive about his family life. He doesn't use any social sites to share his personal details which makes it difficult to find a accurate reading on him. 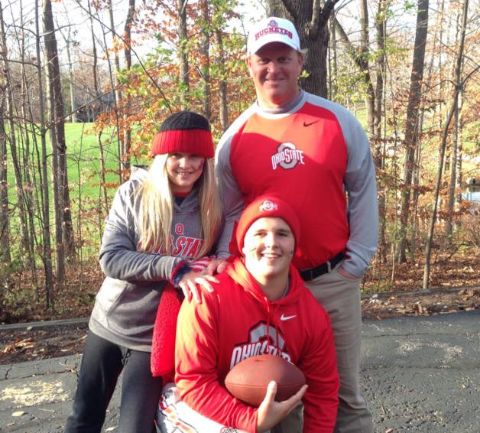 The Couple has a child who is named after his father and he is named Gary G.T. Nicklaus Jr. who is also aiming to be a professional golfer and is competing in college golf. Since there is no controversy and affairs news, the couple is living a healthy relationship with each other and haven't shown any downside to their relationship.

Gary was viewed as the successor of Jack Nicklaus from a very young age and become the heir to his father's legacy.

Moreover, he beat his father for the first time when he was fifteen. He shared a similar characteristic with his father and like his father he has won multiple junior tournaments and also appeared on the Sports Illustrated cover as the next Nicklaus at the age of 16. 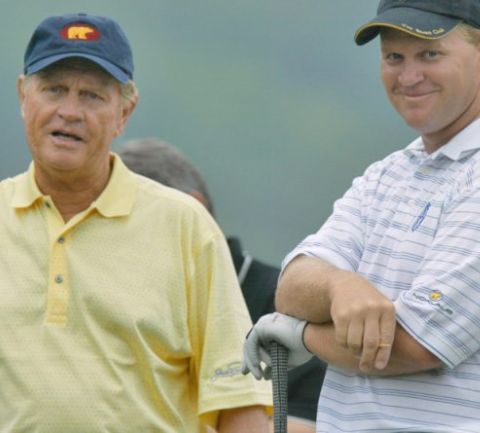 After retirement in 2003, he was again reinstated as an amateur by the United States Golf Association.

However, it was difficult for Gary to even qualify for the PGA tour and continued to play amateur events. At 50 years of age, he qualified for the PGA Tour Champions for those 50+, who had previous PGA Tour membership.