Barbara Cartaxo's Husband Paulinho 's Net Worth in 2018: Know about his Salary, Career Stats and Awards

Famed as a box-to-box midfielder with powerful running and good movement, the Brazilian footballer Paulinho currently plays for the Spanish club Barcelona. Paulinho, 29, a prominent player in the 2018 FIFA World Cup for the Brazilian National Team has earned a lot of economic benefit alongside his career success.

Currently, Paulinho is estimated to be enjoying the net worth of $5 million. Professionally playing since 2006, Paulinho's career took a great turn after signing with Barcelona in 2017 for a transfer fee of $47 million.

Curious about his salary, properties, and career awards? Scroll down.

Net Worth and Salary of Paulinho

With his successful career, Paulinho blessed with massive contracts and bonuses is reported to be enjoying the estimated net worth of $5 million as of 2018.

Currently playing for the Barcelona on a transfer fee of $47.22 million from his former team Guangzhou Evergrande on August 14, 2017, Paulinho enjoys the annual salary of $8.38 million which breaks down as the weekly wage of $161,093.

Probably after his 4-year contract ends with Barcelona, Paulinho is likely to grab a massive deal than his current one.

Initially, the youth squad of Pao de Acucar in 2004, Paulinho played for the senior team FC Vilnius from 2006-2007. Then improving his gameplay, Paulinho spent a season with each team:
LKS Lodz, Pao de Acucar, and Bragantino till 2010.

In 2010, Paulinho signed a multi-year deal with Corinthians and played till 2013 season. Even though the deal amount and salary is not disclosed, reportedly the transfer fee was $6 million.

We are delighted to announce that we have reached agreement for the transfer of Paulinho from Corinthians! pic.twitter.com/2v82ZLNHoc

Soon on July 6, 2013,  Paulinho got signed by the Premier League club Tottenham Hotspur on an alleged transfer fee of $22.73 million.

The deal was accompanied by the signings of striker Roberto Soldado from Valencia and winger Erik Lamela from Roma for a deal worth an initial $34.49 million, plus up to $5.61 million in bonus payments.

Then, after 3 seasons, the Brazilian player signed with Chinese Super League side Guangzhou Evergrande on a 4-year contract on June 30, 2015. However, Paulinho stayed for 2 seasons with the team.

Well, in Barcelona, surely Paulinho's salary is less than that in the Chinese league, but his market value increased to $48.14 million in 2018, while in 2015 his market value was $18 million.

While in China playing for Guangzhou, he agreed to endorse Letou, an Asian betting company which targets punters in China, where betting is illegal.

However, the issue later got dissolved in the same speed as it arrived.

Paulinho lives with his family and his wife (long-time girlfriend) Barbara Cartaxo and his family. Paulinho is reported to own a house in Tottenham, London where his family resides.

However, not much information on his house is out yet. And talking about his cars, Paulinho owns a Lamborghini Aventador valued at $393,695. 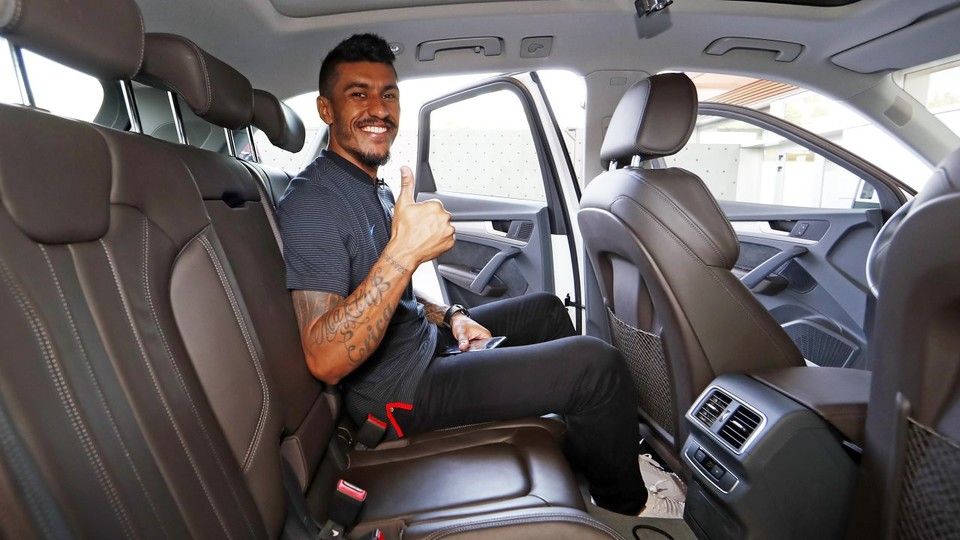 Probably, the property empire detail is yet to come out in future.

As reported, while Paulinho was making his move to Barcelona from Chinese League, he gifted a Mercedes Benz to senior Guangzhou staff member Liang Ke as per his personal Weibo account-claiming the midfielder gifted his Mercedes-Benz car to his driver upon his departure.

Though he has not won a major award like Ballon d'Or, Paulinho has won the following honors: 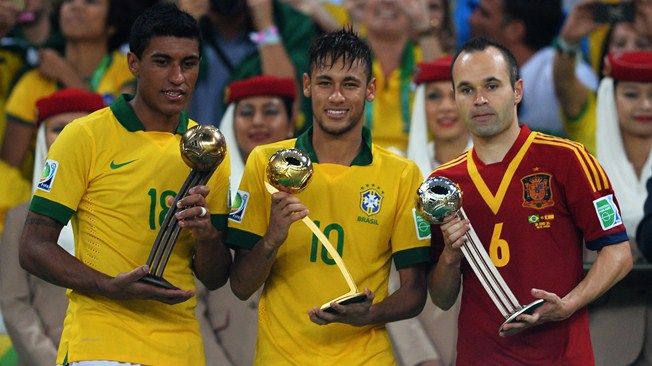 Paulinho played in the 2013 FIFA Confederations Cup and received the Bronze Ball for his efforts to led Brazil's victory over Spain.

The Brazil National Team squad Paulinho scored his first ever career hat trick in a match away against Uruguay in the 2018 FIFA World Cup qualifiers.

Paulinho's three goals vs. Uruguay was the first ever hat-trick of his senior career.

In May 2018, he was named in the 23 man squad to represent Brazil alongside his best friend Marcelo and Brazilian wonder kid Neymar Jr. for the 2018 World Cup in Russia.

We wish him the best of luck for the future. As always stay updated.