Hagens was born on July 8, 1999, in Cartersville, Georgia. Hagens was born under the star of  Cancer and is of Afro-American ethnicity. He was named SEC Co-Defensive Player of the year while he was still a freshman at the University of Kentucky.

The promising young player is pursuing his way to the NBA with Kentucky Wildcat's Men's Basketball team with Keion Brooks Jr, and Nick Richards. Hagens receives a full stipend for his tuition fees at the University of Kentucky instead of a salary.

Cousin of a former NBA player  Trey Thompkins, Ashton Hagens, is projected to be picked at the top 3 in the 2020 NBA draft. If luck favored him, then he would start earning a staggering amount of money from his basketball career and millions in endorsements deals.

But Hagens makes some money from global brands by promoting their basketball kits, Jersey, etc. However, Hagen's exact earnings are still under review to this day.

Ashton Hagans is currently in a relationship. He is dating his sweetheart Nique Kodae. His girlfriend, Nique, is often seen during Ashton's matches as she seems to enjoy accompanying his boyfriend, Hagans. 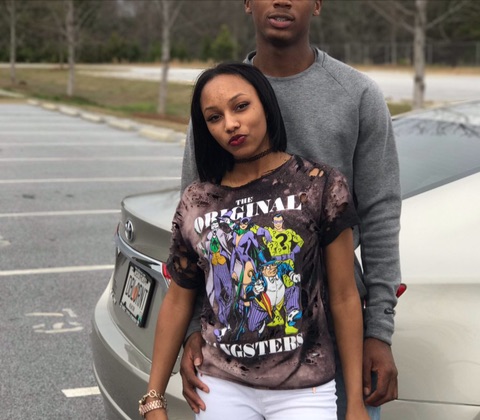 Hagans with his girlfriend outside parking lot SOURCE: @NiqueKodae

Nique Kodae has posted many photos of the two on her Twitter account. Hagans met his girlfriend in high school. The couple attended the same high school, Newton High School, and are dating ever since.

Initially committed to Georgia; however, he later dropped out from there and played for Kentucky. After finishing high school, he went to the University of Kentucky on June 15, 2018. There he played his debut against Bahamas National Team on August 8, 2018.

Hagans was named SEC Co-defensive Player of the year for his 61 steals, the third-highest as a freshman in program history.

Ashton Hagans was born on July 8, 1999, to parents Monica wheeler and Marvin Hagans. He grew up in the town of Cartersville. He has four siblings, India, Byron, Amoir, and Imani. 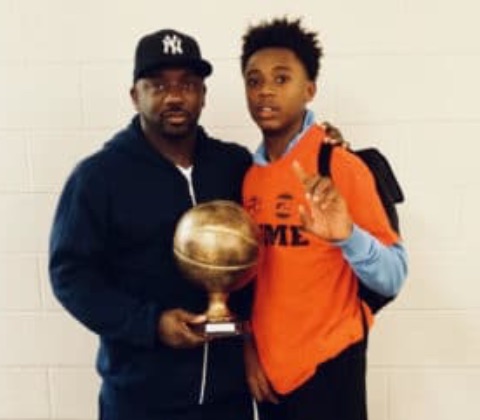 Young Ashton with his father Marvin Hagans SOURCE: The Athletic

He is currently majoring in community and leadership development at the University of Kentucky and also plays in the SCL from Kentucky Wildcat. Hagans chose Kentucky because of its excellent coaching staff as he aspires to become a great player in the future.

Apart from his interest in basketball, he enjoys spending time with his family