An American professional boxer Arnold Barboza Jr. currently competes in the light welterweight division. He made his professional debut in 2013 and has maintained an unbeaten professional record of 20-0. As of 2020, he is ranked 9th in the division by The Ring.

How much net worth does Arnold Barboza Jr have? How much does he earn per fight from boxing? Is he married? Read the article to know about his age, bio, family, wife, children, earnings, salary, and net worth.

Arnold Barboza Jr. Net worth and Earnings from Boxing

Arnold is a rising boxer with an unbeaten professional record. He has earned millions from his fight and has a net worth estimated to be in millions. He recently fought Alex Saucedo in the co-main event under-card at (Vasyl Lomachenko) title fight against Teofimo Lopez on 17th October where his fight purse was reported to be $325,000. Barboza also earned some amount from the PPV shares which is not disclosed yet.

His opponent Saucedo's purse for the fight was guaranteed to be $500,000. Barboza reportedly earned $200,000 when he fought Tony Luis earlier this year. His earnings from the bout against Mike Alvarado was $150,000 in April 2019.

Arnold Barboza Jr. was born on December 9, 1991. He was born in Long Beach, California, U.S., and holds an American nationality. His father's name is Arnold Barboza Sr., who is also his head trainer.

Barboza stands at the height of 5 ft 9 in (175 cm). His reach is 72 in (183 cm). His stance is orthodox and has competed in both Light welterweight and Welterweight divisions. His pro boxing record is 25-0 with 20 knockouts.

Arnold is married and has children with his wife. However, he hasn't shared any information about his wife and children with the media and public yet. He has even mentioned as the proud father on his Insta bio. 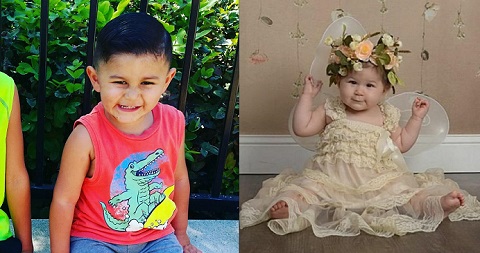 Barboza is the father of two children; a son and a daughter. His son Julian is 7 years old while his daughter Hailie is 3 years old. Hs has not revealed anything about the mother of his two kids.