Archie Miller was born Ryan Joseph "Archie" Miller on October 30, 1978, in Beaver Falls, Pennsylvania. He is one of the two children born to John Miller and his wife. His father is a well-known basketball coach. He has a younger brother Sean Miller, a college basketball coach for the Arizona Wildcats. After graduating from High School, Archie enrolled at North Carolina State University, where he played with the University's basketball team.

Archie Miller has an estimated net worth of more than $5 Million. Archie has become successful in accumulating a considerable net worth through his successful career as a head coach. He is ranked among the highest-paid college basketball coaches in the United States, while, Mike Krzyzewski, tops the list with close to $9 Million as his salary. 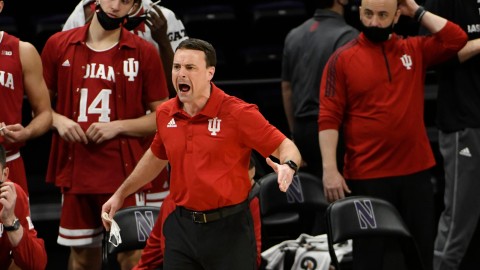 Miller earns a salary of $3.3 Million annually, with a max bonus of $1.035 million. From Indiana Hoosiers. he took home an extra $250,000 as his bonus salary in 2020. Archie has been working with the same team since 2017 and must have earned more than $12 Million as his salary. The basketball coach signed an eight-year deal with Indiana. Miller will be paid a base salary of $550,000 per year and earn between $1.65 million and $1.95 million annually.

Archie is a married man. He has been married for almost two decades. Miller tied his wedding knot with his longtime girlfriend, Morgan Nicole (née Cruse), in 2003. The love birds first met each other at the North Caroline University.

Archie's spouse Morgan was on the NC State track and field team. Soon after the wedding, the duo was blessed with a daughter, Leah Grace. 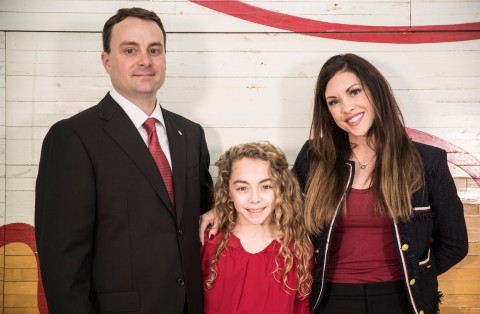 Miller along with his wife and their daughter SOURCE: Indy

Archie likes to keep his personal life away from the media. His daughter keeps attending his games regularly and seems to be very much supportive. He is an active social media user and keeps posting his daughter's photos regularly.

In 2006, Archie got an offer from Arizona State University and started working with the team. After working there for two seasons, He moved to Ohio State as their assistant coach. In 2011, Dayton Flyers hired Archie as their head coach. It was his first time working as a head coach. The coach had an outstanding career with the club. His team averaged over 25 wins and each year coached the team made to the NCAA tournament.

In 2017, Indiana University hired Miller as their head coach. He signed an eight-year contract with the team. Unlike his previous team success, Archie has not been able to make the most of his game. There have been rumors of sacking the coach and replace with a new one.