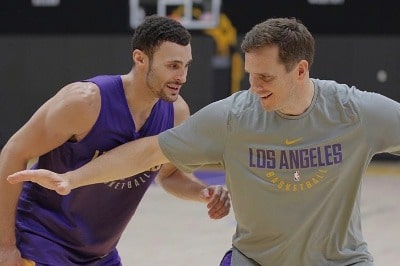 During his high school days, he was nicknamed Mad Dog because of his physically playing style. Let's explore the professional player turned into coach Mark, his net worth, and relationship status.

Mark Ellsworth Madsen was born on January 28, 1976, in Walnut Creek, California, United States. He has a listed height of 6 feet 9 inches and a weight of 111 kg.

Mad Dog went to San Ramon Valley High School and later attended College Stanford. He used to play basketball during his high school and college days before being drafted in the 29th overall pick in the NBA draft.

Mark Madsen's Net Worth, Earnings, and Salary in 2021

Mark Madsen has an estimated net worth of $10 million approximately. Most of his earnings come from playing and coaching basketball teams and bonuses and incentives.

As a player, he earned more than $15 million during his playing career of 10 years. In his first season at LA Lakers, he earned $1.05 million and it just went on increasing. In the 2009/10 season, he earned a career-high of whooping $3.4 million sums from the Los Angeles Clippers. It includes all bonuses and incentives. 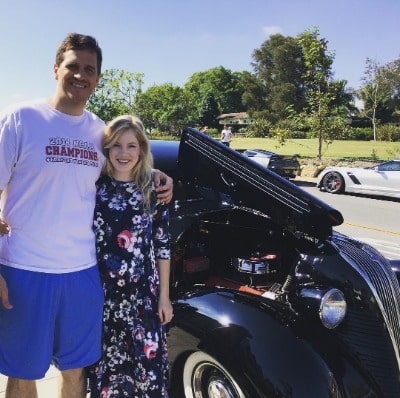 In his coaching career at different teams, he is earning enough salary. With the recent win of the Regular WAC title, his market value is on increasing rapidly.

Read about Gil Brandt's Net worth, Salary, and Personal Life

Married Life of Mark Madsen; Who is his Wife?

Mark Madsen is currently married to his wife Hannah Harkness who is a professional pianist. Mark tied his knot with Hannah on September 3, 2016. Since then they are living happily.

There is a very interesting story on how Madsen met his current wife Harkness. It was a small event at Mark's place. The original pianist did not come for that event and Mark's family hired another pianist, Hannah. She immediately came and was impressed by her behavior Mark started talking with Hannah.

Madsen and Hannah are proud parents of their 3 children, 2  sons and a daughter who was just born on August 8, 2021. 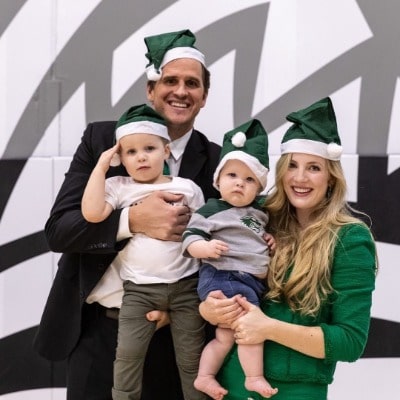 Utah Valley's head coach announced the birth of his daughter in his Instagram saying;

"We welcomed a beautiful baby daughter in the early AM this morning. Hannah and I are very grateful for our new daughter Alexandria."

Their's son's names are William and Leroy. As of 2021, William is 3 years old and William is 10 months old.