Andriy Yarmolenko is a Ukrainian professional footballer who plays as a winger forward for the English team West Ham United and the Ukraine national team. He has been active at the national level since 2009, scoring 41 goals in 94 matches.

He began his senior career with Desna Chernihiv in 2006. Before he departed from the club in 2007, he had recorded nine appearances and four goals for the Siveriany.

In 2007, he started playing for Dynamo Kyiv's second team, Dynamo 2. Playing at Ukraine's second division league, he made 35 appearances netting 9 goals in toto.

In 2008, he debuted for Dynamo's first team in an away match against Vorskla Poltava and scored the winning goal in the team's 1-2 win. He contributed seven goals in his first season in 21 games and 11 in 19 the following season. He spent the 2017-18 campaign with the German team Borussia Dortmund making 18 advents and three goals across all tournaments.

On July 11, 2018, Yarmolenko signed with the English team, West Ham United, and made his Premier League debut on Hammers' 4-0 defeat against Liverpool. Since he arrived at West Ham, the Ukrainian forward has scored 7 goals across 47 competitive matches.

Yarmolenko is the priciest West Ham striker with an annual salary of £5.9 million. The six-foot-two power forward has reportedly made over £30 million on the pitch as a pro - counting since 2014 - and is expected to reach close to £40 million in career salary with his current contract, which ends on June 30, 2022. His takings in 2014 from Dynamo Kyiv arguably amounted to over £1 million exclusively from salaries. The 31-year-old poacher's per anum takeaway has been supposedly averaging around £3 million - coming through Kyiv, Dortmund, and West Ham United. Playing for the Schwarzgelben in season 2017-18, estimates insinuate he generated over £4 million in wages alone. By the end of his first campaign with the Irons, his year-round wages had added up to £5.5 million.

He has been pocketing over £100,000 a week sporting the East Londoners shirt. With all of the above brought up reports, Yarmolenko's net worth is predominantly speculated of being in the neighborhood of £10 million.

Andriy Yarmolenko's Wife and Family; Does he have Children?

Yarmolenko married his wife, Inna in November 2011. Together, they share three sons, Ivan, born May 22nd, 2013, Danylo, and Maxim. Inna presumably is a specialist in foreign affairs and a director at American Charity Fund. 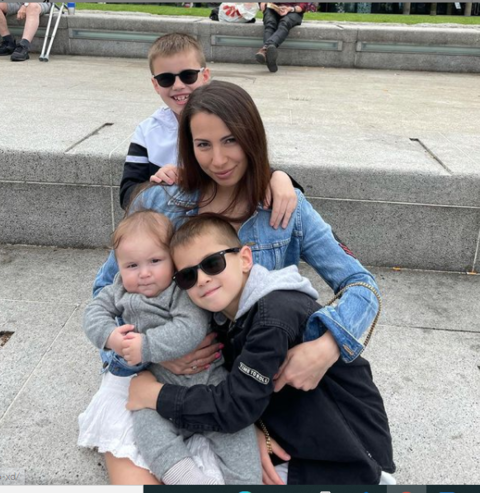 The Yarmolenko couple can be found sharing their vacations occasionally through each of their online profiles. Every year, the Hammers' wife is spotted promoting Eastern European culture in several worldly locations. Yarmolenko and Inna welcomed their third child, Maxim, on October 25, 2020.