7Oleksandr Zinchenko (fully Oleksandr Volodymyrovych Zinchenko) is a Ukrainian professional footballer who plays for the English club Manchester City and the Ukraine national team. He is usually seen operating on the left side - either as a wing-back or a full back.

Zinchenko was born in Radomyshi, Ukraine on December 15, 1996. A product of Youth Sportive School Karpatiya, an academy of Ukrainian club, Shakhtar Donetsk, Zinchenko spent four years in Ukraine before moving to Russia due to war in Donbas.

After leaving Shakhtar Youth Club, Zinchenko, on 20 March 2015, made his Russian Premier League debut with Ufa in a match against FC Krasnodar. He scored his first goal with Ufa on July 25, 2015, in a 1-2 defeat against FC Rostov.

On July 4, 2016, the five-foot 9 midfielder signed for Premier League side Manchester City but was loaned to Eridivise's PSV Eindhoven for the rest of the 2016-17 season. He made his debut as a substitute in a 1-1 draw against SC Heerenveen on October 1, 2016. After returning to Manchester City for the 2017-18 season, he made his debut on October 24, 2017, in an EFL Cup game against Wolverhampton Wanderers. 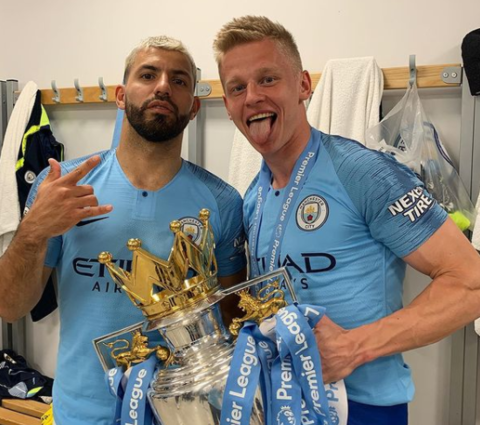 He had his first Premier League appearance on December 13 2017 in City 4-0 victory against Swansea City. On December 18, 2017, he scored the winning penalty in City's tiebreaker game against Leicester City. This sent Manchester City through to the semifinals of the EFL Cup. For the 2018-19 season, he played his first game with City in a 3-0 win against Oxford United at the EFL Cup.

The same week, he made his first start of the season in City's 2-0 win against Brighton & Home Albion. He scored his first goal for Manchester City in the EFL Cup semifinal against Burton Albion on January 9, 2019. On May 4, 2021, he was a part of the starting XI that saw City beat PSG 2-0 in the UEFA Champions League Semifinal. Since 2015, Zinchenko has made 38 appearances for the Ukrainian National team, scoring altogether five times. He has played in 60 games as a City player since 2016.

Oleksandr Zinchenko's Salary At Manchester City; What Is his Net Worth

Reports suggest in 2016 Manchester City paid £1.7 7million to bring the Ukrainian defensive midfielder from Ufa to Etihad Stadium. Four years later, in 2019, the Citizens were reported to have closed him for five more years with a £5.2 million contract offered to the 24-year-old footballer. The contract since has been providing Zinchenko an annual salary of £1.04 million. To break it down further, he cashes in £20,000 a week being a City player. 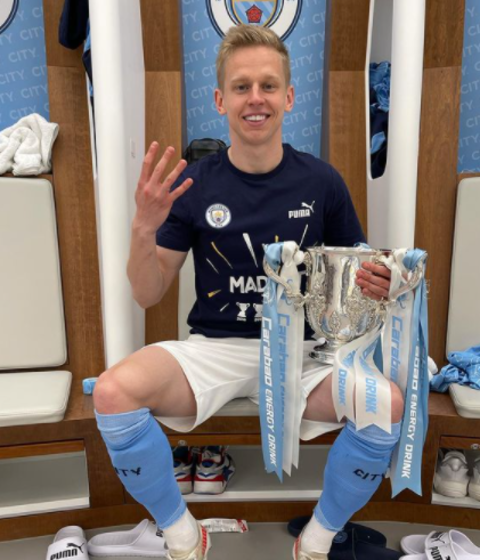 Things get interesting when you consider the bonuses given to players when they help their Club win the silverware. And City's era under the tutelage of mastermind manager, Pep Guardiola has been laudable since he arrived in 2016. Also the time Zinchenko was brought to play for the blue side of Manchester. Since his introduction at the club in 2016, City has won three Premier League, one FA Cup, four EFL Cup, and two FA Community Shield.

The winning squad of the Premier League gets to share a bonus pot of over £4million - being paid out on a sliding scale determined by the number of appearances. If City wins the upcoming UCL final against Chelsea, Zinchenko along with his fellow teammates will be entitled to receive a bonus-for-the-players worth £7million. With his performance continuously on the rise, City has been reported to offering him a new deal where he gets to remain with the Sky Blues till 2026 with a salary of £90,000 a week.

Zinchenko is married to his wife, Vlada Shcheglova, a Ukrainian journalist. The couple married on March 12, 2020. The footballer had proposed to his girlfriend on October 16, 2019, in Kyiv Olympic Stadium.

Rumors of their relationship started in June 2019 when Zinchenko was seen giving a kiss to Shcheglova on her cheek after Ukraine's 5-0 win over Serbia. 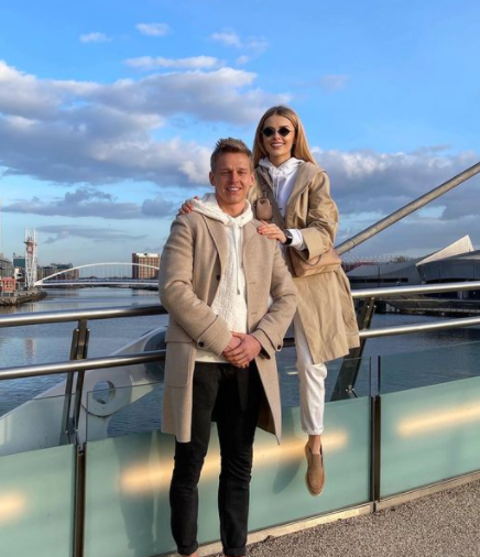 Zinchenko's wife grabbed headlines in 2020 after throwing some critical lines to City's coach Pep Guardiola. She questioned the tactical calls of the Spanish coach in the wake of City's quarterfinal defeat to Lyon in UCL 2019-2020. On her Youtube channel, Shcheglova pointed that it was completely Guardiola's fault - to have used an experimental tactic for City which ultimately knocked them out of the Champions League.

Zinchenko later in his own words clarified why his wife's emotions were running so high. The footballer explained his wife's judgments, regarding his coach's tactical decisions, were purely a reaction to disappointment - she had faced after City's defeat to Lyon. Zinchenko was forced to step in to have a say after his better half started to attract strong criticisms from Guardiola's followers.