Andrew Robertson is a Scottish footballer who plays for the Premier League club Liverpool and the Scottish national team as a Left Back. In his playing career, he has represented many teams like Queen's Park, Dundee United, and Hull City.

As of 2019, he earns £50,000 as a weekly wage from Liverpool. Further, he has an estimated net worth over $45 million. Currently, Andrew is in a romantic relationship with his girlfriend, Rachel Roberts.

Andrew Robertson Net Worth and Salary

In addition, Robertson has an estimated net worth above $40 million and so far he has made $5,938,140 from his playing career. Moreover, he is one of the least paid players of Liverpool FC, while Mohamed Salah, Virgil Van Dijk, Naby Keita are among the highest paid players.

Besides his professional earnings, he has several Sponsorship & Endorsement deals, making thousands of dollars. Further, his personal asset includes his cars and home in the united kingdom. Currently, he owns Rang Rover having worth $89,160 as a base price.

Robertson is engaged to Rachel Roberts, his girlfriend. On 26 August 2017 Roberts gave birth to their son, Rocco. Further, Rachel owns an online business "orosport" which sells leotards and dancewear. 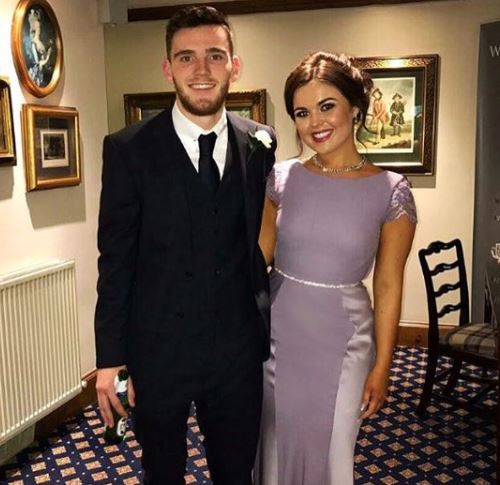 Apart from his athletic career, he is pretty famous in social media, having 880k followers on Instagram and 352k followers on Twitter.

Andrew was born on 11 March 1994 in  Glasgow, Scotland. He was raised by his parents but the details about the parents are not available yet. Further, he grew up along with his brother.

From 2006 to 2012, he attended St Ninian's High School in Giffnock, East Renfrewshire, where he captained the football team. He also played for the Giffnock Soccer Center and joined Celtic as a youth, but was eventually released at u-15 level because he was considered too small.

Robertson started his senior career at Queen's Park in 2012 and a year later joined Dundee United. In his first season as a professional, he was named SPFA Young Player of the Year and also made his international debut.

Robertson was called up to the Queen's Park first team at the beginning of the 2012–13 season and eventually made a debut for the club in  Scottish Challenge Cup. Later, On 3 June 2013, Robertson and Queen's Park teammate Aidan Connolly signed for the Scottish Premiership side Dundee United.

Dundee United accepted a £ 2.85 million offer from the English Premier League club Hull City for Robertson in July 2014. The transfer was completed on 29 July when Robertson signed a contract with Hull for three years. On the opening day of the season, he made his competition debut with a 1- 0 victory against QPR.

On 21 July 2017 Robertson signed a long-term agreement with Liverpool and made his debut for the  Club against Crystal Palace. 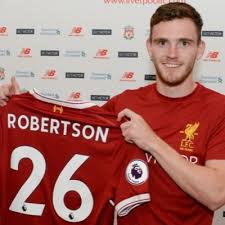 Currently, he is playing along with his star teammates such as Alisson Becker, Roberto Firmino, Xherdan Shaqiri and many more.

Robertson was first selected by the Scotland under-21 team in October 2013 and eventually made his debut as a substitute in a 2–1 win against Slovakia. Later, Robertson was appointed Captain of Scotland senior team by Manager Alex McLeish on 3 September 2018.