Lyndon Dykes is a professional football player who plays as a striker for the English team, Queens Park Rangers of the Premier League division two known simply as Championship. Internationally, Dykes represents the Scotland National team - active since 2020, the striker has recorded eleven appearances and two goals across all competition.

After Mudgeeraba SC, Dykes joined the youth academy of Merrimac FC. For the Merrimac, he appeared in 16 games and scored 25 goals across all competitions. He spent a brief time with the Queens of the South, though, didn't make a single appearance. In 2015, he moved to Redlands United for whom he contributed 15 goals scored in each of the 15 games. Before the end of the season, he signed with Gold Coast City.

After making only one game appearance, Dykes traveled to fellow Gold Coast club, Surfers Paradise Apollo SC. He netted 17 goals in 15 games played for the Apollos. After that, he went to Dumfries, Scotland the hometown of his parents to play for the Queen of the South Under-20s team.

He defeated the goalkeepers on 22 occasions in 14 competitive matches before signing with the senior team on June 7, 2016. He first represented Queen's main team on July 16 2016 in a 2-0 Scottish League Cup win versus Queen's Park.

His first goal for the A team was on August 9, 2016, in the Queen's 3-1 League Cup victory over Hibernian. He spent the 2019-20 season with both Livingston and Queen of the South - primarily playing for the former, Dykes scored 11 goals in 28 of their official matches.

On August 19, 2020, he committed to play for Queens Park Rangers and since has recorded 12 goals in 42 of the Rangers' fixtures.

Lyndon Dykes' Net Worth and Salary

EFL Championship salaries are intriguing matters to delve into with present-day division two paychecks lying predominantly in the region of seven figures. While the average Championship salary remains low in comparison to Premier League, a typical Championship transfer is a transaction worth a significant sum of money - with players subjected to earn in a similar manner.

In recent years, Sky Bet clubs have been known to spend heavily on players' salaries. 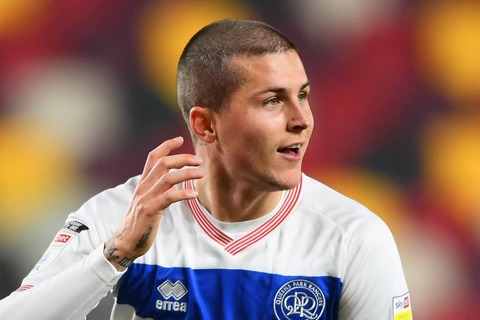 Dykes was allegedly offered gainful salaries by some A-list English teams in the midst of the 2020 transfer window. Had he made any one of the moves, insiders reports, the Australian forward's wage could have increased by as much as fourfold.

He, nonetheless, still makes about £8,000 a week playing for the Hoops with analysts suggesting his yearly adding up to a few amount shy of half a million pounds.

The Rangers' number nine is married to his wife, Victoria Dykes. The couple has been seen together since December 2016 having had their nuptials on January 15, 2020, at Gilpin Hotel and Lake House.

This stems from the fact that it was the first time, Dykes chose to introduce Victoria to his Instagram followers or to any of his internet fans for that matter. 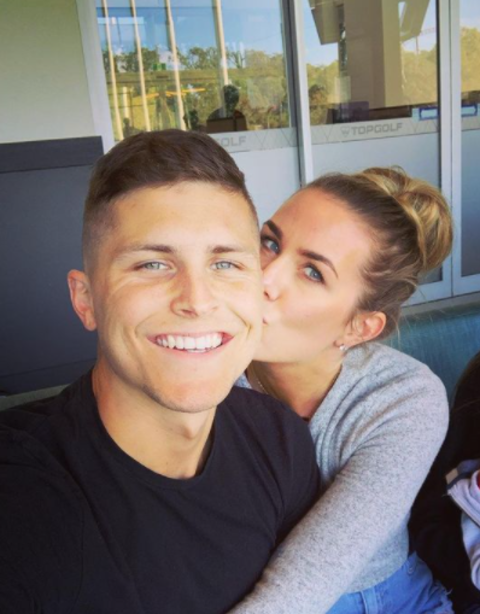 While just a casual snapshot, the post had no confirmation if he was actually dating the then unidentified blondie. It was only after several activities that his Instagram offered a clear story of what was really going on with his personal life.

In the post that was aired on May 16, 2017, Dykes can be seen giving a peck to a woman who mysteriously refrains from facing the camera - only showing her back.

The story's caption, "I love you Victoria" firmly confirmed his loving allegiance to Victoria and so their relationship. They welcomed their son, Time, in May 2018. Victoria was previously in a relationship with Jim Thompson, also the former captain of Queen of the South - with whom she shares two daughters.