He has been representing the senior national team of Portugal since 2016. Before that, he played for the youth teams. Besides, Silva was the Segunda Liga Player of the Year in the 2015-16 season.

Love Life: Does Andre Silva Have a Girlfriend?

Moving into his love life, Silva is currently in a relationship with his stunning girlfriend, Maria. Maria is a fashion model signed with NXT Management. She is active on Instagram as @maria_hrodrigues. 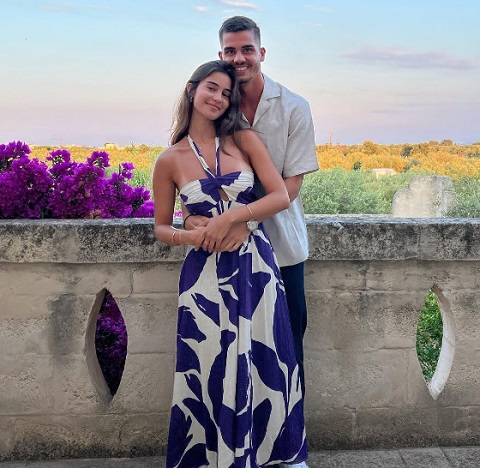 It is unknown when the lovebirds began dating as both prefer to live low-key lives. However, we can see very few images of the couple on their social media pages. Silva rarely posts pictures with his girlfriend on Instagram.

On June 2022, Silva and Maria went on vacation to Italy, and Silva shared some of their moments. Besides, some rumors exist that Silva had a girlfriend in the past named Sara.

Silva is currently signed with Leipzig, and his deal with the club is €23 million. A report shows that Silva has a net worth of around $1 million. Meanwhile, Silva earns £72,000 a week and £3,744,000 a year. His significant source of earnings is his football career. Previously, he played for Eintracht Frankfurt, and with the respective club, Silva had a deal of €3 million. 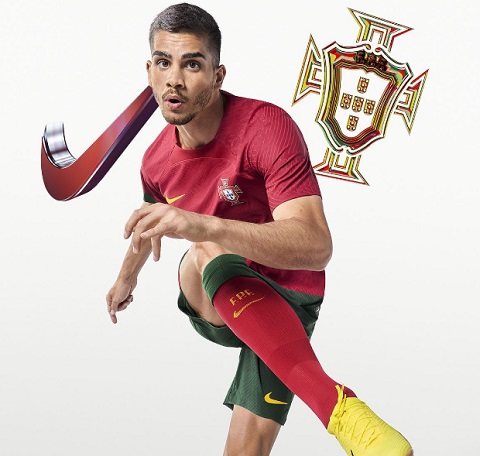 Silva has a market value of €24 million, while it was €45 million on June 1, 2021. Besides, Silva earns much from endorsement with the renowned sports brand Nike. Silva promotes products of Nike on his social media pages.

Having an impressive fortune, Silva lives a lavish life. In his spare time, Silva goes to different places. In addition to that, he also owns some sports cars.

Andrew Silva was born on November 6, 1995, in Baguim do Monte, Portugal, to Alvaro Silva. His birth sign is Scorpio. Besides, Silva holds Portuguese nationality and peaks at 6 feet 1 inch (1.85 m).

Regarding his family life, Silva was raised alongside his younger brother, Afonso Silva, who was born on December 18, 1998.

Silva has had a keen interest in football since his childhood. He began playing football at the age of 8 with Porto-based S.C. Salgerious. Silva then had a brief spell with Boavista F.C. but promptly returned to his former club, Salguerios 08. In 2010 he joined Padroense. Then at 15, he finished his formation with FC Porto, signing with the junior in 2011.

Following, Andre made his professional Porto B debut in a 3-2 away victory over S.C. Beira-Mar on August 12, 2013. Silva ended his second season with a 34 games appearance and scoring seven goals, helping Porto B to the 13th position at the 2nd level. 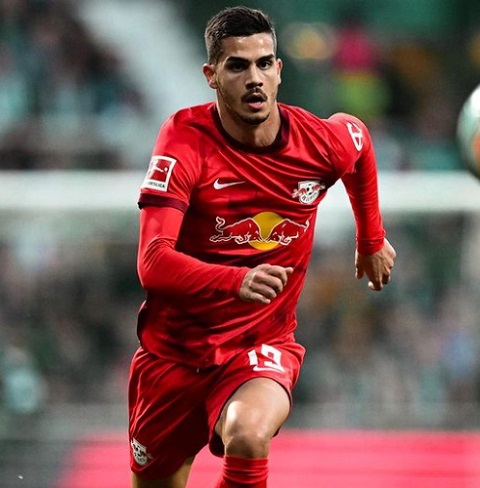 Andre Silva in one of his professional games  SOURCE: Instagram @andresilva9

On December 29, 2015, Silva made his competitive debut for the senior team in a 1-3 home defeat against C.S. Maritimo for the Taca da Liga. Four days later, he made his Primera Liga debut in a 0-2 loss at Sporting Clube de Portugal, replacing Vincent Aboubakar.

On August 21, 2016, Silva signed an extension five years contract, which included a release clause of $71.25 million. He played four seasons for Porto, appearing in 125 games and scoring 41 goals.

On June 12, 2017, Silva signed a 5-year contract with Serie A side A.C. Milan for $47.50 million. On July 27, he made his first appearance for the club against C.S. Universitatea Craiova in a 1-0 victory for the third qualifying round of the "UEFA Europa League." On September 14, he scored a hat-trick and led the team to defeat FK Austria Wien 5-1; Silva became the first player to earn the feat in Europe after Kaka in 2006.

After scoring 28 goals in 32 games, Silva went to play for another team.

Since July 2, 2021, Silva has played for Bundesliga club RB Leipzig.

Andre Silva has represented his national side at senior and junior levels, playing in various tournaments. He was a part of Portugal's U16, U17, U18, U19, and U20 national teams.

On September 8, 2015, Silva made his Portugal U 21 national team debut in a 6-1 victory over Albania in a "2017 U21 Championship qualifier". On August 26, he received his first call-up from the national side by the head coach Fernando Santos. Then on September 1, he made his international debut against Gibraltar in a 5-0 friendly victory. His first international goal came on October 7, 2016, against Andorra, which ended in a 6-0 win for the 2018 FIFA World Cup qualifier. 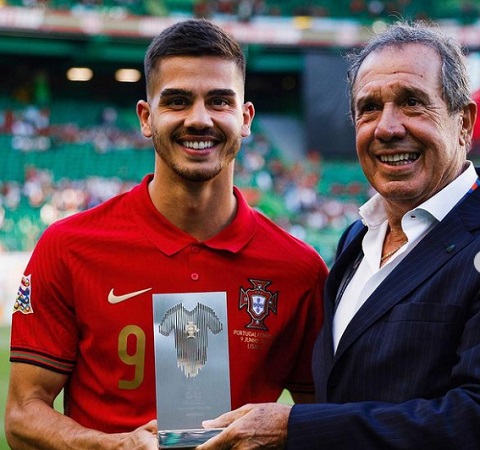 Silva was also a member of the National Team that included Cristiano Ronaldo, Pepe, and Joao Mario, which played in the FIFA World Cup 2018. Meanwhile, the Portuguese team also participates in the Qatar World Cup 2022, and Silva is one of the footballers to be listed in the squad.