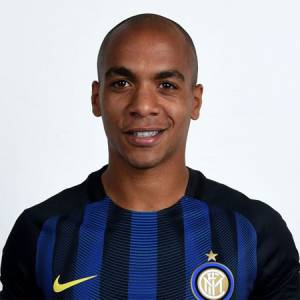 Joao Mario was born on 19th of January 1993, in Porto, Portugal, to Lidia Costa and Joao Mario Eduardo. His birth sign is Capricorn. Regarding his nationality, Mario is Portugues and he is of African ethnicity.

He grew up alongside his brother Wilson who is also a footballer and graduate of Sporting’s youth academy. At the age of nine, Mario began his football career with his hometown's club Proto. After a brief spell, he switched to Sporting CP in 2004.

Following various youth level at Sporting CP, Mario received first called for a UEFA Europa League group stage game away against S.S. Lazio on 14th December 2011. In the game, he entered the pitch in 76th minutes of the 0-2 away defeat, after replacing Oguchi Onyewu.

As a senior, he played 2012-13 full seasons, appearing in overall 31 games in the Segunda Liga for the Sporting B.

On 8th January 2014, Joao Mario arrived in Vitoria Setubal, signing a season-long loan deal. He played overall 15 games without a goal. Moreover, he has made one Primeira Liga appearance, where he was voted the League’s best young player for January and February.

On 31st May 2015, Mario made his way back to his parent's club. He made total 109 appearances and scored 13 goals for Sporting CP.

On 27th August 2016, Mario arrived in Internazionale, signing a contract for $47.56 million plus $5.95 million bonus. On 11th September, he made his team debut in a 2-1 victory at Delfino Pescara 1936. His first goal for Internazionale came on 16th October at home to Cagliari Calcio.

On 11th October 2014, Mario made his international debut in a friendly game against France, replacing Cristiano Ronaldo for the final 14 minutes, which ended in an eventual 1-2 loss.

On 10th November 2017, he scored his first international goal in a closing on 3-0 friendly loss of Saudi Arabia.

So far, he has earned 31 caps his national side with a single goal.

At the age of 24, Joao Mario is neither in a relationship nor married;  currently, he is enjoying his singlehood. So far, he has not been spotted with any lady in public or media who could be his possible girlfriend or wife. Mario might have dated someone in the past but has not revealed any information regarding his past affairs.

It seems that he is much focused on his career rather than anything.

Net Worth and Endorsement of Joao Mario

His significant source of his earning is his football career as he has not revealed any information regarding his endorsement deal.

Mario resides in an unknown fashion in Italy. He often visits world's expensive holiday destination on his vacation which too indicates his lavish lifestyle.