Pepe Reina is a Spanish professional football player who currently plays as a goalkeeper for the Italian club A. C. Milan and the Spain national team. Raina has played for clubs like Barcelona, Villareal, Liverpool, Napoli, and Bayern Munich.

The 36 years old professional is receiving an annual salary of $4.5 million from his club. He has an estimated net worth of $9 million.

His father Miguel Reina is a former Barcelona and Atlético Madrid goalkeeper. Talking about his nationality, he is a Spanish citizen.

Pepe Reina began his professional footballing career in 2000, after being promoted to the first team of Barcelona. He made his professional team debut at the age of 18, on 2 December 2000, against Celta de Vigo. He made his UEFA Champions League debut in Barcelona's 1–0 group stage win against Fenerbahce on 31 October 2001. His two seasons with the team ended up with a total of 30 appearances.

Reina then made his move to the league's fellow side Villareal on 12 July 2003, signing to a three years contract with the club. His professional club debut came on 14 August 2003, in a match against Valencia. He was in the club for 3 successive seasons making a total of 109 appearances.

He further joined the Premier League club Liverpool in July 2005 and made his official debut for the club on 11 August 2005 in the 2005–06 UEFA Champions League against The new Saints. He made several records with the club including longest clean sheets. While his spell at the club, he was a good friend with Fernando Torres, Xabi Alonso, and Steven Gerard. His 9 successive seasons with the club ended with a total of 285 appearances. He was further sent on a loan to Napoli for a season and didn't stay there for long.

Reina again made his move to the Bundesliga, joining the league leader Bayern Munich on 8 August 2014, signing to a three-year deal with the club. His official Bayern debut came on 14 March 2015, in a match against Werder Bremen.

After a season with the Bundesliga Champion, he again made his move back to his old club Napoli on 23 June 2015, in a three-year deal.

On 15 May 2018, he moved to A.C. Milan on three-year deals. Reina and Strinic both went on free transfers after their contract expired at Napoli and Sampdoria respectively. 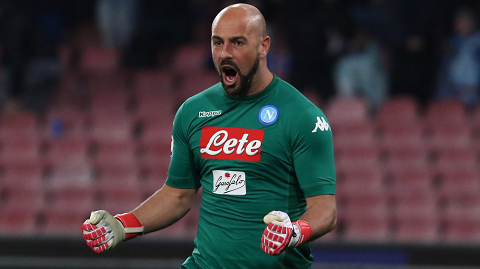 Pepe Reina has represented his national side Spain at both junior and senior levels in several tournaments. He has been featuring in the national team since 2005, mostly as second-choice keeper after Iker Casillas.

He made his senior international debut on 17 August 2005, keeping a clean sheet in a 2–0 friendly win over Uruguay. He was part of the team that won the 2010 FIFA World Cup and the 2008 and 2012 European Championships. He has won 36 caps for his national side.

Raina is a good friend of his teammate Santi Cazorla and refers his as his brother.

Pepe Reina was married to his longtime loving girlfriend Yolanda Ruiz in Córdoba on 19 May 2006, in the presence of his family and close friends. 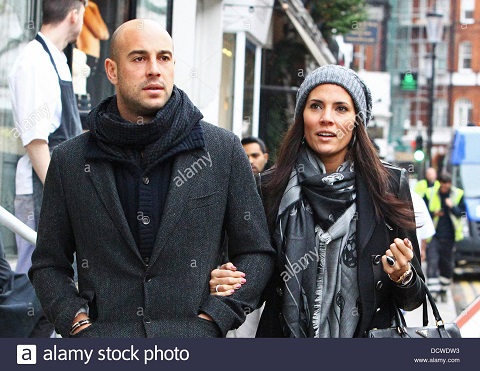 His wife Yolanda was insulted by the club's president of Napoli when the couple was in the restaurant. He is a close friend of  David Villa.

Net Worth and Endorsements of Pepe Raina

He also has an endorsement deal with the famous sportswear company Adidas and wears the boost and gloves designed by the company.

His current market value is recorded to be 1,00 Mill. €