Anamaria Goltes is a famous Slovenian fashion model, social media influencer, and entrepreneur from Zagorje ob Savi, Slovenia making her impact in the fashion world. She is mostly known for being the girlfriend of Luka Doncic, a top NBA player who currently plays for the Dallas Mavericks.

Anamaria is best recognized for sharing fashion, travel, and modelling content through her Instagram. She started her modelling career at a young age, being scouted by IMG models and We Love Your Genes.

Anamaria Goltes was born on April 30, 1998 AD in Zagorje ob Savi, a town in central
Slovenia, and her birth sign are Taurus. She was raised by her mother, Maja Bec Goltes and her father, Matjaz Goates. 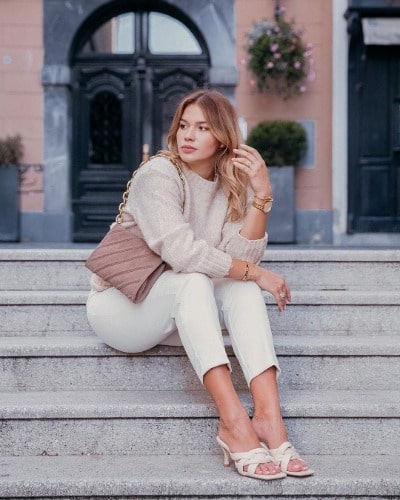 She has a younger sister named Pia Goltes, who attended a school in Trbovlje. Anamaria is an intelligent lady who completed her studies at the School of Economics and Business. Later she enrolled at the University of Ljubljana, and soon her modelling career brought her to the U.S. That's when her career as a model officially began.

Source of Income and Career Earnings

According to the sources, the net worth of the Anamaria Goltes is estimated to be around $250,000. Previously, she was represented by We Love Your Genes and IMG models at the beginning of her career as a model. Later, Immortal Model Management and Campbell Models represented Slovenian beauty in the year 2020.

Besides her modelling career, she developed her reputation as a fitness guru, which increased her net worth through the supported videos of her exercise practices. 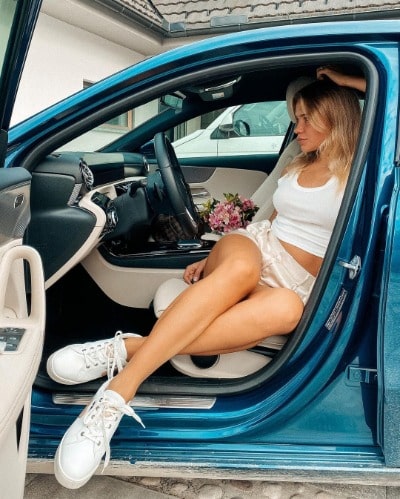 Being one of the richest models, it is sure enough for her to be enjoying a lavish life through her hard work. Elit is listed as a celebrity born in Slovenia. Anamaria frequently shares her workout routine with her fans, which many of her followers have practised and supported.

Read about Bea Malecki's Net worth and Personal Life

Who is Anamaria Goltes dating? Is she Married to Luka?

The couple has dated for nearly five years now and often shows their appreciation through social media like Instagram. The fashion content creator, Anna, and her partner Luke have been very active on social media sites. Unlike most players, Luka`` hasn't hidden his dating status. 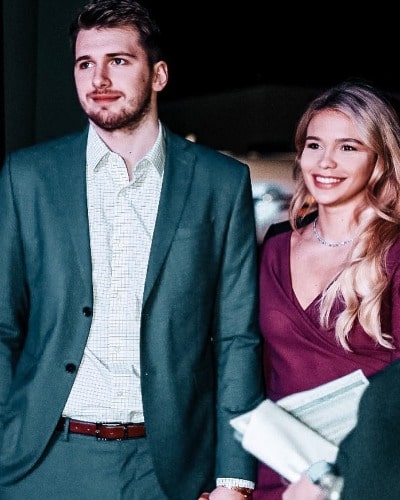 Anamaria frequently shows her support to her man by appearing in his games despite her busy schedule.

Both Luke and Anna have constantly been putting pictures of them. Both are in a serious relationship, and their career is in their place. Besides this, she has neither gotten married nor had any children.

Slovenian model Anna has been ranked in the list of most popular models. She is very active on her Instagram with the username @anamariagoltes. It has more than 157,000 + Instagram followers at present.

She also uses Twitter with @anamaria_goltes and currently has more than 2000 followers.

Explore more athletes and their relationship status and net worth at PlayersWiki.