Sasa Doncic is a former basketball player who later pursued a career as a basketball coach serving as head coach of Ilirija in the Slovenian League. He is also recognized as the father of Luka Doncic, a Slovenian professional basketball player currently associated with the Dallas Mavericks.

At the time of this post, Doncic is not married and does not have a wife or a partner. So, it can be said that Doncic is enjoying a solitary life and is also focusing on himself and his career. Besides that, the former baseball player was married in the past. 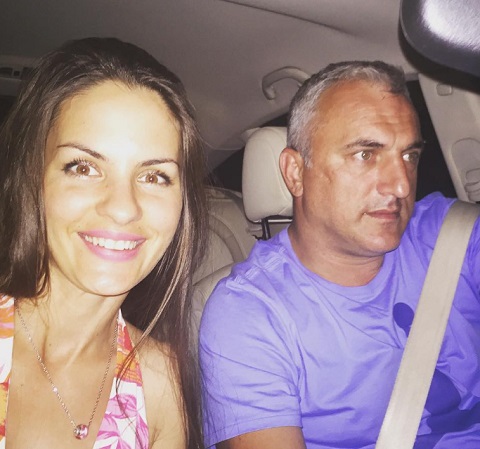 His ex-wife is Mirjam Poterbin. It is unknown when Poterbin and Doncic got married, but their marriage came to an end in the year 2008. Being married for some years, they also had a son named Luka Doncic, who is a professional basketball player.

Apart from that, some sources report that Doncic may be in a relationship with Nikolina Dragichevicc, but it can't be confirmed whether their affair news is authentic or fake.

Here's More on His Net Worth & Earnings Career as a Basketball Player & Coach

He also gave an important role in helping his team to win the title of Slovenian Premier A League championships in 2007 and 2008. Apart from being a player at the club, he was also a national player who was a member of the Yugoslavia national cadet team at the 1991 FIBA Europe Under-16 Championship in Greece. 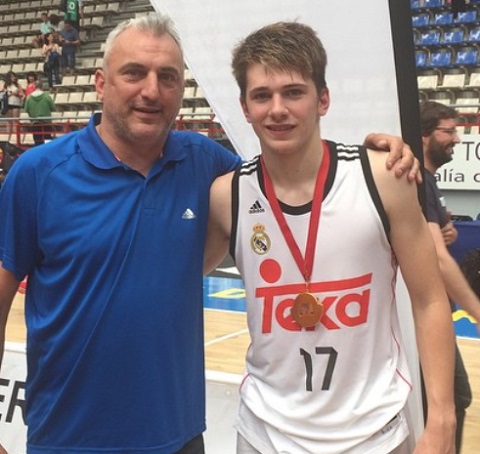 Sasa Doncic and his son together in a frame  SOURCE: Instagram @sasa.doncic

Similarly, Doncic represented the national team in two matches at the FIBA EuroBasket 2005 qualification. Since 2010, he has been working as a basketball coach.

Born on June 14, 1974, Sasa Doncic was raised in Sempeter pri Gorici, SR Slovenia, SFR Yugoslavia. So, Doncic holds Slovenian nationality and belongs of Serbian descent. As of now, the information about his family remains under investigation as he has kept it private.

Regarding his physical appearance, Doncic is a tall guy who stands at the height of 6 feet 7.5 inches which is 2.02 m.