Being born to a reputed family always gives one a lot of opportunities. Amanda Belichick was born with a golden spoon in her hand. Amanda is currently working as the head coach of the women’s lacrosse program at ‘Holy Cross’ in Worcester, Massachusetts.

Amanda Belichick was born in 1984 in Weston, Massachusetts. The exact date is not shared with the public. Amanda is among the three children born to Bill Belichick and his wife, Debby Clarke Belichick. Her father is also a professional football coach who serves as the New England Patriots head coach. She has two brothers named Brian Belichick and Stephen Belichick. Amanda graduated from Wesleyan University in Middletown, Connecticut.

What is her Net Worth and Salary?

Amanda Belichick has an estimated net worth of more than $2 Million. She is very much early in her career. Amanda will be adding much more to her net worth in the days to come. Kliff Kingsbury and Sean Payton are two well-known coaches with similar net worth to their names. 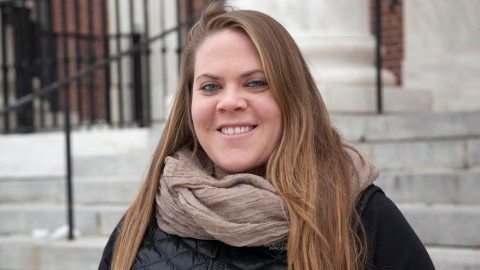 Amanda's father, Bill Belichick, has an estimated net worth of more than $60 Million. He credits most of his fortune to his successful career of more than forty years as a football coach. He has been working as a coach since 1975.

Amanda lives a happy married life, and her boyfriend turned husband, A.J DeSantis. For several years, the love birds had been dating, tying their wedding knot. The duo walked down the wedding aisle on July 8, 2017, in Westerly, Rhode Island. 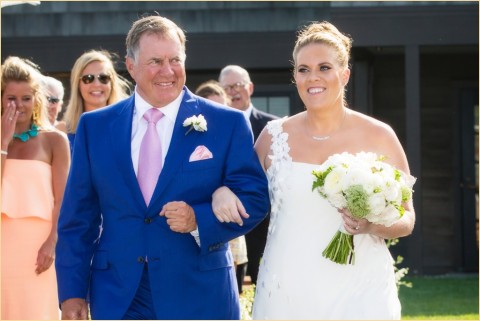 Amanda with her father at her wedding SOURCE: Jill Person

Amanda and A.J became engaged in 2015. Amanda wore a beautiful lace-white gown, and the groom wore a blue-white suit on their big day. The pair is the proud parents of two children Clarke and Jaycee.

Journey From A Player To Being Coach

Amanda was brought up in an athlete family background. She was into sports from an early age. During High School, Amanda was part in various sports. After she started playing for the Wesleyan Univesity lacrosse team, Amanda came to the limelight. She was the caption of her team. The celebrity daughter scored 47 goals and made 25 assists in her senior year. 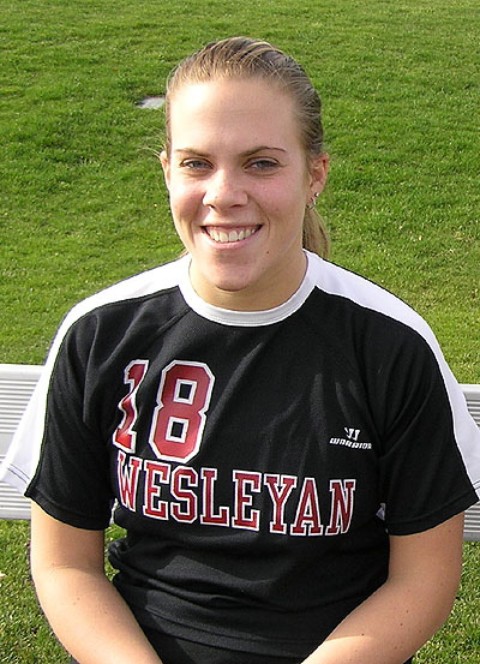 Amanda started working in the admissions department of a boarding school after graduating from her Univesity. She worked as a lacrosse coach for the girl's team at Choate Rosemary Hall. After two years, the University of Massachusetts Amherst signed Amanda as the assistant coach for its lacrosse team. The team went on to win the ‘Atlantic 10 Championship.’

Belichick worked there for some time and then moved to Ohio State University as an assistant coach. She even got a chance to work as an offensive coordinator and recruiting coordinator. Belichick joined ‘Wesleyan University’ as the head coach for the 2014 and 2015 seasons. 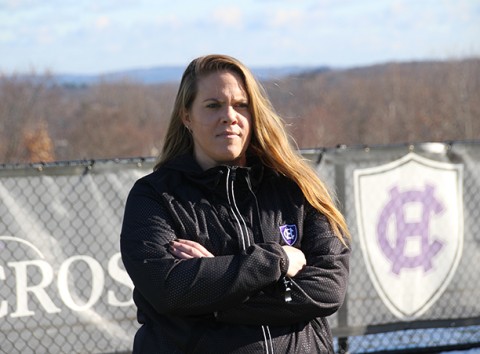 Amanda has been the head coach of Holy Cross Crusaders SOURCE: News HollyCross

In 2018, Amanda's team Keely Connors secured the first-team ‘All-Patriot League’ honor. She also helped the ‘Crusaders reach their first playoffs since 2015 in the ‘Patriot League.' Belichick has been with the team for the last five years.