Alvaro Rodriguez can be regarded as one of the fiercest fighters that have ever come out of Spain. In his 15 professional boxing matches, he has managed to win 10 of them with just three losses, one draw, and one no contest. But, what’s interesting is that, ever since he won the vacant Spanish Super Bantam Title in 2017, he has continuously defended it and has never lost it.

The second-best Spanish Bantamweight boxer spent most of his childhood playing around in the streets of Madrid, Spain. Alvaro Rodriguez was born in 1985, and he celebrates his birthday on the 30th of December every year.

Likewise, he goes by the birth name of Alvaro Rodriguez Salcedo and the nickname of Ardi. As for his family life, the boxer has kept all of the details of his parents and siblings up to himself only. Also, there is no information regarding his academics.

The now-experienced boxer made his in-ring debut on April 4, 2014, when he fought against David Orgaz. Rodriguez was able to win the match very easily. Then, on June 7, 2014, he faced Samuel Escobar at Polideportivo Fernando Martin and gained another victory.

Following two straight wins, his confidence got boosted, and he was able to continue his winning form. Later, he won his fights against other boxers that include Saul Tejada, Vasile Sandu, Luis Espinosa, and Javier Diaz.

This incredible winning trot of Rodriguez got ended on November 4, 2016, when he suffered a huge loss against Alex Mora. Despite the loss, he backed himself up, and in the very next match, he defeated David Sanchez and captured the vacant Spanish Super Bantam Title.

Since that day, he has never looked back and has continued to retain his championship title. His last match was held on July 5, 2019, against the man whom he defeated to win the Spanish Super Bantam Title, David Sanchez. In that match, Rodriguez showed why he came on top of Sanchez in the first place when he defeated him and successfully defended his Spanish Super Bantam Title.

After that match, the Madrid native took a break for a while and didn’t compete in any matches. And, after a gap of almost two years, the Spanish fighter is all set to compete against the British and Commonwealth super-bantamweight champion, Brad Foster. The must-see match is scheduled to happen on March 26, 2021, and the winner of the match becomes the IBF International super-bantamweight champion.

Alvaro Rodriguez’s earnings plus net worth are still under review. However, considering the Spanish professional boxer’s talent and amazing victories, he must be well-paid, and his net worth is huge.

The 35 years old professional boxer is very quiet when he comes to reveal his personal life details. He is also the kind of person who doesn’t use any social media platform. 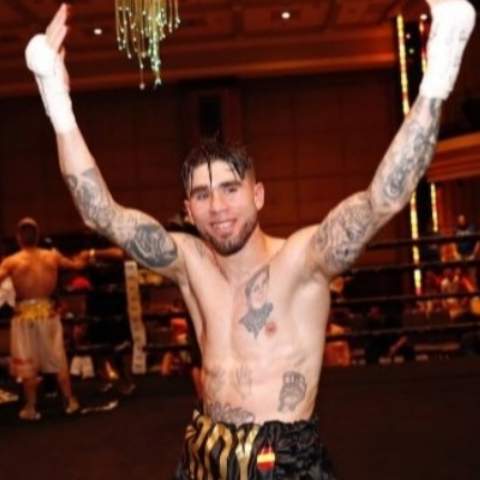 As a result of his secrecy and zero social media presence, there are no details if Rodriguez is in a relationship and has a girlfriend or is happily married and shares kids with his wife.