Alfredo Angulo is a well-known Mexican professional boxer. He has been fighting in the ring since 2005 and played his last game in 2020. The Mexican boxer represented Mexico at the 2005 Olympics. Angulo held the WBO Interim Light middleweight title from 2009 unto 2010. He won Bronze Medal in the 2002 Central American And Caribbean Games and the 2003 Pan American Games.

Alfredo Angulo Lopez was born on August 11, 1982, in Mexicali, Baja, California. He seems to be the only child born to his parents. His parents separated soon after his birth, and were raised in a single-parent household. Alfredo holds Mexican Nationality and is of Latino descent. He stands five feet and ten inches tall and weighs 70 kgs.

Alfredo Angulo has an estimated net worth of more than $3 Million. He credits most of his net worth to his successful career in his boxing career. A professional boxer earns a hefty sum from endorsement deals, sponsorships, and pay-pay-view. 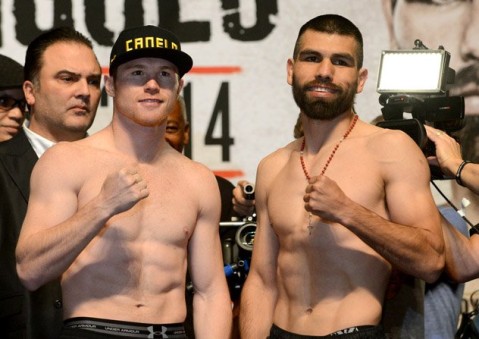 Angulo shares a stage with Canelo before their fight SOURCE: Ring Tv

In 2014, Angulo made more than $850,000 from his match against Canelo Alvarez, which was increased by $100,000 after Canelo failed to make the 154-pound weight limit. Although He has earned more than a million from his games, He has opened only about his $50,000 as his prize money.

Who is Alfredo Angulo's Wife? Know About His Married Life

Alfredo is living a happy married life along with his wife and their children. Angulo has been married for more than eight years. Alfredo tied his wedding knot with his longtime girlfriend, Cecilia Angulo. The duo had been dating each other for more sometime before their marriage, and there is not much information about their first meeting instance. 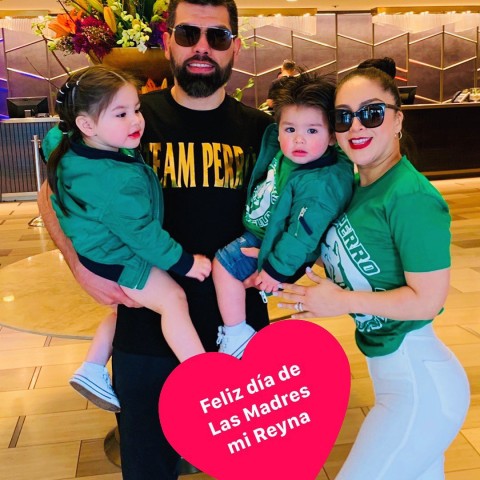 Alfredo along with his wife and their children SOURCE: [email protected]

Soon after the wedding, The duo was blessed with a daughter, Rebecca. In 2018, Alfredo and Cecilia welcomed their second child. He is an active social media user and keeps sharing photos of his family and his training. The Mexican boxer likes to spend his free time with his family. Cecilia is also a model but has stopped working to look after her family.

Alfredo ended his amateur career with a record of 80-15. He turned professional in 2005, shortly after his Olympics exit. The Mexican boxer made his debut against Tomas Padron in the United States and won the match. Until 2008, Angulo fought in twelve games and won all of them. The same year, Alfredo got his first chance to fight for the vacant WBO Inter-Continental light middleweight title against Richard Gutierrez.

In 2009, Mexicali Native Alfredo lost his first match against Kermit Cintron against Unamious decision. At the end of 2009, He won another vacant WBO interim light-middleweight title against Harry Joe Yorgey. Angulo retained his title against Joel Julio. In 2011, He won two more titles but lost against James Kirkland. In 2014, Alfredo lost against Canelo Alvarez. Angulo played his last game in August 2020 against Vladimir Hernandez and lost the game. In his professional career, Alfredo has won twenty-six games and lost eight.