Jason Sehorn is a former professional football player who used to play in the National Football League (NFL). He plays in the cornerback position for different teams from 1994 to 2003. From 1994 - 2002, he played for New York Giants and later played for St. Louis Rams in the 2003 season. His career at NFL ended when before the start of the 2004 season when he failed a physical examination with the Rams.

His mom and dad split in 1973 when Jason was just 2 years old. He stayed with his mother Nancy who married for the second time. He has a younger brother named Colby Alexander from his second father. He was a prodigy since his childhood. He was very much interested in playing games.

For his education, he went to Mount Shasta High School situated in Mount Shasta. There he played football for only 1 year. He attended Shasta College and the University of Southern California to play college football as a wide receiver, kick returner and punt returner.

When did Jason play baseball?

During his senior year, he played baseball and was so much talented that Chicago Cubs selected him. But his career at baseball did not go well as batted just .184 in 49 games. He failed to produce as a hitter.

After that, he left playing baseball and again started playing football at a college level.

He is American by nationality and comes from a white ethnic background.

What is the Net worth of Jason Sehorn?

As per sources, the estimated net worth of Jason Sehorn is estimated to be $16 million. Though the former NFL player has never confirmed his earnings and paycheck. But he has earned from his different professions throughout his career.

He lives a lavish lifestyle with his family in California.

Read:- What is the Net worth of Chase Claypool? (Contract and Salary)

In 2001, he signed a massive amount of deal with the NFL team New York Giants. He signed a 6-year contract with them that was worth $36 million and also received a $10 million signing bonus.

''There was never any doubt in my mind that the contract would get done with the Giants. It's awesome to be able to stay in one place and have that one place be New York"

He became a free agent just a day back but Giants resigned them. 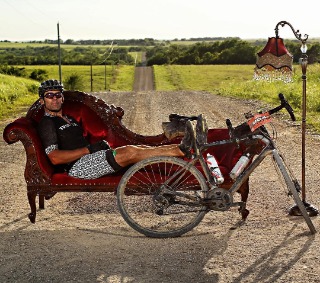 Though Jason could not play as expected by the Giants after his injury, he gave them his best until 2003. In 2003, he was released by them 2003. Some analysts also consider it as one of the worst contracts.

The relationship status of Jason; Who is he married to?

The former Giants cornerback, Jason is currently married to his wife Meghann Gundermann. The pair has been married for more than 4 years as of 2022.

According to sources, Sehorn and his wife Meghann got married in 2017 after dating for some time. 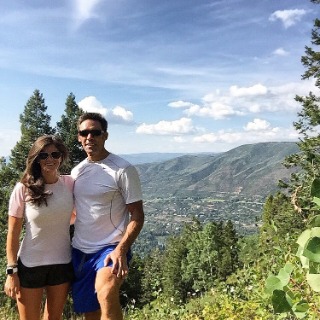 As of today, there is no source claiming the dispute between the duo. So, they must be living a happily married life.

Like his failed career in both baseball and football, Jason's relationship record is not great. Before Meghann, he has married and divorced 2 times.

His first marriage was with Whitney Casey on February 14, 1998. At that time, Casey used to work at CNN. But their married life did not even last for 2 years and got separated in 1999.

Not after 2 years of his first failed marriage with Whitney, he again married Angie Harmon who was an actress. Jason proposed his second wife Angie in an unusual way in front of millions of television viewers. The former NY Giants Number 31 hid the backstage of the show called The Tonight Show with Jay Leno in which Harmon was a guest. He then surprised her and proposed to marry her on a knee. The couple married on June 9 of 2001.

But recently in November 2014, Jason and Angie decided to get divorced.

Only after that, he married to his current wife Meghann.

Jason Sehorn is blessed with 4 children, all of them are daughters.

He has 3 daughters named Finley, Avery, and Emery Sehorn. All of them still live with their father Jason. Her eldest daughter Finley is 18 years old and celebrates her birthday on October 15. On her birthday he wished,

"While they will always be your babies, turning 18 is the beginning of that journey into adulthood. So proud of the strong, confident and beautiful woman Finley has grown into." 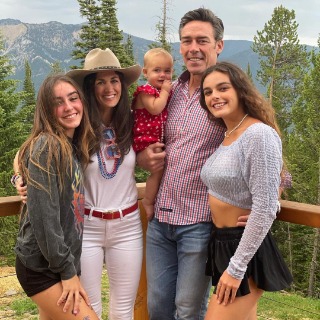 Jason Sehorn with his wife and children SOURCE: [email protected]

Also, The former NY Giants cornerback and his wife Meghann are blessed with a daughter named Sage Cru Sehorn. She was born on August 18 of 2020. On her birth, Jason posted her photos.

"HELLO. My name is Sage"

She did not have any children from her first wife Whitney Casey.

All of his daughters are currently living together with Jason and Meghann.

He also uses Twitter with the username @jasonhorn which has over 9,100 +followers at present.