Alassane Pléa is a French football player positioned as a striker or winger and currently plays for the national team and club Borussia Mönchengladbach. Besides, he wears jersey number 14 for his fellow club and prefers to use his right leg.

The professional level footballer, Plea, is one of the known names in French football history who has a lengthy career in the vocation. Besides that, he has mastery in the ground's center, left and right regions. Apart from his prominent position as a striker, Plea has also got a good experience as a left and right winger.

As a youth, Plea began his career in the football vocation by playing for the club, Ascq, where he spent around six years. After having a smooth take-off as a youth, the talented footballer joined the French football club Wasquehal Football and played for the team for about two years. Likewise, in 2009 he arrived at the club Lyon, where Plea began to be recognized by his fans.

While talking about his senior career, he made his senior debut for Lyon on Oct 7, 2012. Lea was later loaned to AJ Auxerre, where he played the 2013-14 season under a Ligue 2 division. In the same year, Alassane joined the Nice team, which is reported to have a deal worth £450,000. 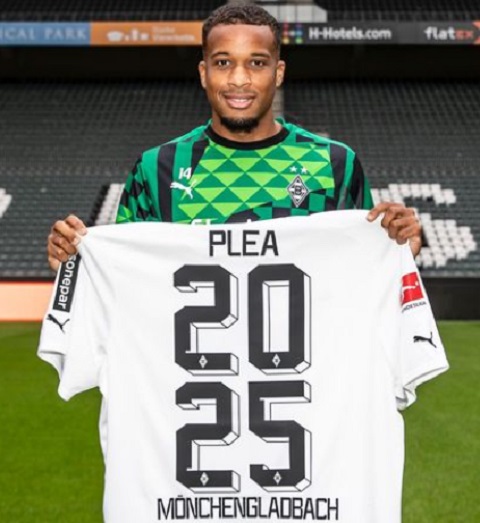 Representing the club, the professional has played various matches and assisted the club with a victory. For your concern, the 2016–17 UEFA Europa League Group I match was a major turning point for the footballer as he assisted a success for the club, which was Nice's first-ever UEFA club competition away win.

In July 2018, he had a five years contract with the club Borussia Mönchengladbach. Further, the sources claimed that the transfer fee paid to Nice was €25 million. On Aug 19, 2018, Plea made his first match for the club against BSC Hastedt in the first round of the DFB-Pokal.

As we mentioned earlier, Alassane plays for his home country since 2010, when he began playing for his national team in under 18 levels. Besides that, the France international youth, Plea, has also represented his home country at various levels, including under-19, under-20 and under-21.

Furthermore, Pléa was named into the senior team for the games against Netherlands and Uruguay.

Alassane Pléa was born Alassane Alexandre Pléa 10 March 1993. Further, his birthplace is Lille, France, and he owns French nationality. And his star sign is Pisces. While talking about his academic qualification, he hasn't shared much about them. However, we know that the striker is well educated and must have attended the Universities emphasizing France.

Similalry, many fans are curious to know his family background well, he is the son of Sekou Plea, but the name of his mother remains a mystery to us. After exploring his bio, we know he belongs to a middle-class family; nevertheless, the football player was raised well. 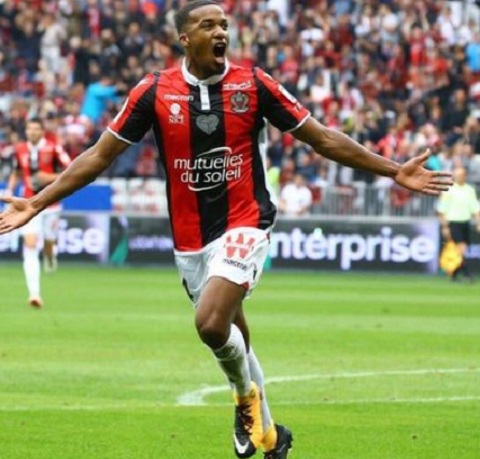 After considering the fact, we are sure that, Plea's family is supporting him well, and they are the great supporter of his football career that has brought him to be one of the best footballers of all time. For your concern, he is also recognized by his nickname, Lasso. None of the sources has shared details about his siblings, so we have no idea if he is the only child or has a brother or sister.

His Net Worth Revealed

The professional footballer, Alassane, is one of the most successful French players, with a networth estimated to be a million dollars. As per our close sources, the net worth of Plea is 6.5 million Euros. Hence, his lengthy football career clears us of how hardworking and dedicative is a football player.

Although he is a millionaire, Alassane enjoys keeping his private life simple which is the best part of him, and his fans and well-wishers love his simplicity. According to transfermarkt, the current market value of Plea is €15.00 million; nonetheless, the highest market value of his was €38.00m on Dec 18, 2018. 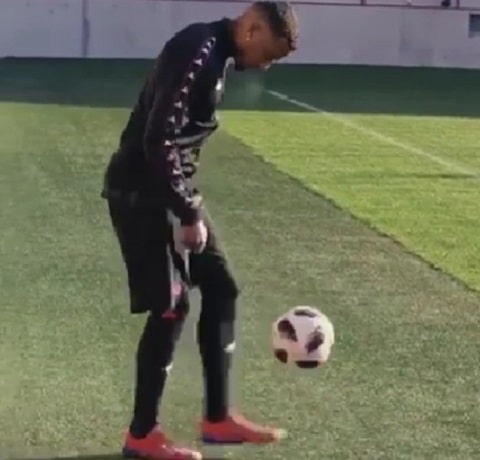 So on, the righted footed must be living a lavish life with such great earnings, and he must be enjoying his life fullest with all the needs and necessities. Along with Plea, the French footballer, Edouard Michut also has a huge market value that is estimated to be 2 million Euros by the latest reports.

The fan's favorite, Alassane Pléa, has a huge online fan base who are often curious to know and explore their best footballers' relationship status and partners. Well, Plea is possibly single. Plea is never concerned talking about his relationship and dating career as he keeps himself away from the media's eyes to avoid rumors and controversies.

Similalry, he is more focused on his career than relationships which might be the major reason why Plea is single. Apart from that, the facts about his dating career also remain missing from the sources, which made us more challenging to explore his love life.

The Borussia Mönchengladbach teammate, Alassane, is active on various social media sources, but he prefers Instagram to share his pictures and stories more than any other platform. Likewise, Alassane is active on Instagram as @alasplea, where he has gathered over 137k followers, and his account has a blue mark which indicates that Plea's IG handle is verified. 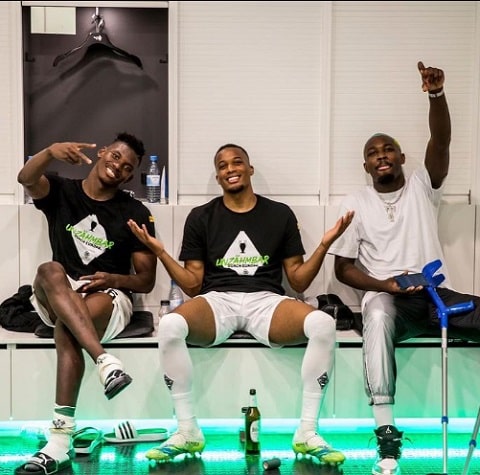 Additionally, Plea enjoys sharing his football content and loves being around his teammates and friends.

Read More.Top 3 Attacking Trios to look out for in the FIFA World Cup 2018

For more interesting facts about your favorite football player, stay tuned to PlayersWiki.