Adam Schenk is a well-established American professional golf player. He is currently playing in the PGA Tour for more than five years. Adam turned professional in 2015 and started his career playing in Web.com Tour and PGA Tour Latinoamerica. Schenk has won two professional event's One Korn Ferry Tour and one other.

Adam Schenk was born on January 26, 1992, in Vincennes, Indiana. He is yet to utter a single word about his parents to the public. As per sources, Adam's parents own a farm in his hometown and work there to grow corn, beans, wheat, and three types of grasses – zoysia, fescue, and bluegrass. Adam graduated from High School and enrolled at Purdue University. Schenk stands six feet and two inches tall and weighs 86 kg.

Adam Schenk has an estimated net worth of more than $2 Million. He has accumulated most of his net worth through his successful career in PGA events.  A golf player earns prize money as their score at the end of the series than winning the series. Also, They make a considerable amount through their sponsorship and advertising deals. Adam has already made $806,898 in the ongoing season of 2021 while playing in twenty-eight events. 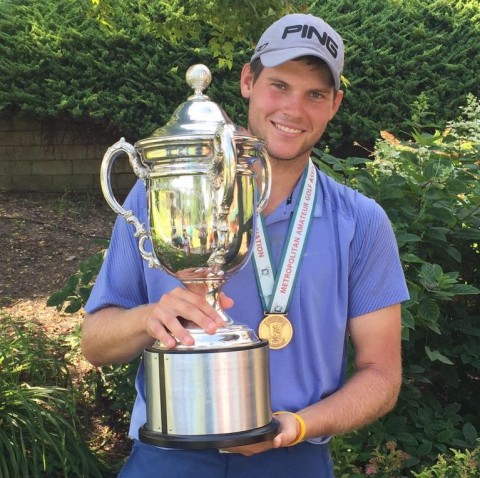 Adam shares a photo with his first Title at Metropolitian SOURCE: The Score

Who is Adam Schenk Dating? Know About His Married Life and Wife

Adam is married to his longtime girlfriend, Kourtney Schenk. The duo walked down the wedding aisle in December 2019 at their hometown. They had been dating each other for more than years before tying their wedding knot. Adam is an active social media and keeps sharing numerous photos of his girlfriend on multiple vacations. 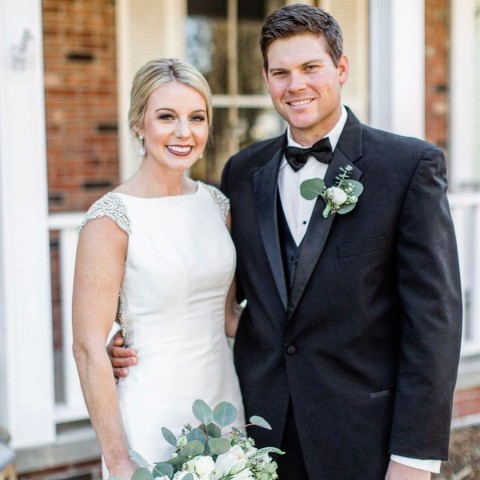 Adam shares a photo with his wife, Kourtney, of their wedding SOURCE: [email protected]

Following Adam's profile, we can see that; He posted their first photo in December 2015. Although It's been almost two years of their marriage, they are yet to welcome a new member into the family.

Adam started playing golf from a very early age. He played golf for Purdue University, where he won twice as a freshman. Before turning professional in 2015, Schenk won the 2011 Boilermaker Invitational and the 2013 Indiana Amateur. The player started his professional career in Web. Tour and also joined PGA Tour Latinoamerica. In 2017, Adam won his first title at the Lincoln Land Charity Championship in the Web.com Tour.

Adam earned his PGA Tour in 2018. He is yet to win a major title at the PGA title and finished 157th on the FedEx Cup standings and played in the Web.com Tour Finals to regain his card for 2019. In 2021, Schenk finished at the T4 position in the John Deere Classic.