How Much Is Lonnie Nielsen Net Worth In 2020? 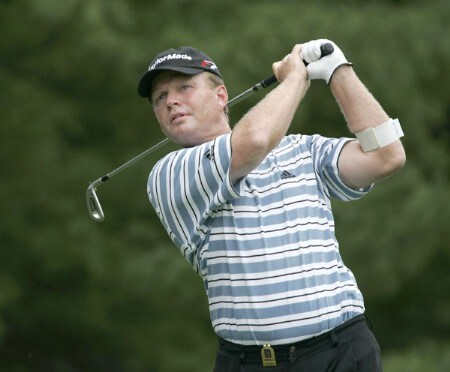 Besides, the golfer focuses his charitable pursuits on helping America’s injured veterans gain access to proper golf instruction. He became the first Tour professional to be a lead contributor to the GIVE Foundation, a not-for-profit organization to provide a structured golf program for injured Veterans who use the Iowa City VA Health Care System.

Lonnie owns two house one in Palm Beach Gardens, Florida, and the other in Orchard Park, New York.

Turned professional in 1976, Lonnie Nielsen joined the PGA Tour in 1978. He competed in the Tour until 1983 but did not win any tournaments. Nevertheless, he has won over thirty tournaments, most of which were played in New York.

In the Summer of 2003, Nielsen became a member of the Champions Tour when he reached fifty. He won his first Champions Tour event at the Commerce Bank Championship in 2007 and the second championships Tour win came two years later in 2009 at the Dick's Sporting Goods Open. There he came from three strokes behind Fred Funk in the final round with a 9 under par 63 to win by three strokes.

In 2010, Nielsen was inducted into the Iowa Golf Hall of Fame.

Lonnie Nielsen is a married man. He tied the knot with his girlfriend, Mary Jo in 1977 in an intimate ceremony. On 17th February 1981, the couple gave birth to their first child, Sarah. Later two years, their second daughter Mollie was born on 3rd September. On 10th March 1987, their son, Andy was born.

Now they all are grown up and has their own family and Mr. and Mrs. Nielsen are grandparents to their two grandsons. However, they have maintained a low-key personal life.

Born and raised in Belle Plaine, Lowa, Nielsen's father began him in golf at a very young age on the sand green courses around his hometown. Besides, there is no information regarding his siblings and other family members.

He enrolled at the University of Iowa where he received a Bachelor of Business Administration degree in 1976.