How Much Is Billy Hurley Net Worth? Know His Career Earnings, Salary, and Sponsorship

As of 2019, Billy Hurley has an estimated net worth over $5 million, mostly earned through his golf career and some through his sponsorship and endorsement. As per the source, his career disclosed earning is  $5,522,859. Additionally, he earned $39,817 this year. 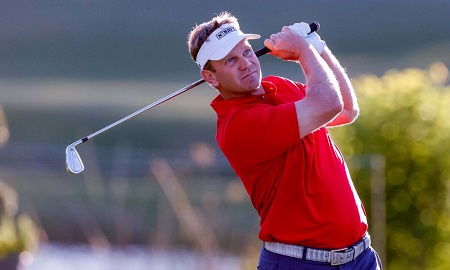 Hurley is married to his wife Heather Hurley. They together have three children: sons Will and Jacob, and his daughter Madison. 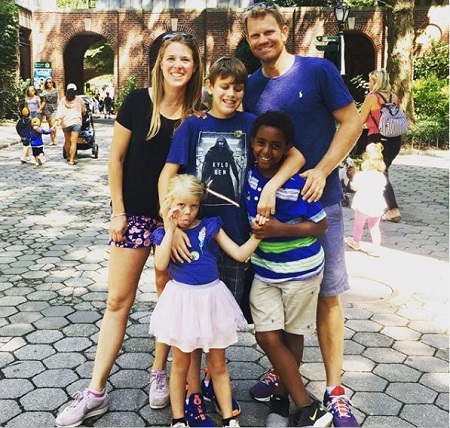 He also involved and associated with several charities and religious organizations. Some of them are World Gospel Outreach, Ark Children’s House, and Birdies for the Brave. His son Jacob was adopted from an orphanage.

He also has been involving brand endorsing such as Sovereign Insurance Group, Charter Financial Group, Secor Group, and many others.

Billy Hurley was born on June 9, 1982. His birth place was Leesburg, Virginia. He is an American by his nationality. His ethnicity belongs to a white. He is the son of Billy Hurley (Father) and Cheryl Hurley (Mother).

He was grown at his birthplace along with his siblings. From an early age, he has shown huge devotion towards the game of golf. He attended Loudoun County High School.

After his high school, he enrolled at United States Naval Academy; he received his degree in Quantitative Economics from the college. He completed his graduation in 2004. After completing his graduation, he enrolled himself in a job of electronic division officer. He also taught economics for two years at Naval Academy. He also participated in the game of golf during his college career.

He managed to win seven collegiate golf titles at Navy and also named 2004 Patriot League Player of the Year. He was also honored by the top college golfer and sportsman (the Byron Nelson Award). He was also ranked sixth-best amateur in the world.

In the Year 2011, he turned professional, participated, and performed in Intl. games of golf. In the Year 2012, he appeared as an emerging golfer.

The year 2016 was incredible for him, On Jun 26, 2016; he bagged his first victory on the PGA Tour in the Quicken Loans National Tournament. He was participating and performing in the tournament on a sponsor’s exemption.