Aaron Henry is an American Basketball Player for the Michigan State Spartans alongside Cassius Winston and Xavier Tillman of the Big Ten Conference. He was ranked a three-star prospect by the recruiting websites 247 Sports as he graduated from Ben Davis High School in the class of 2018.

Henry was born on 30 August 1999 under the star sign Virgo. He was born in Louisville, Kentucky but was raised in Indianapolis, Indiana.

Aaron Henry, 20, committed to playing for the Spartans of Michigan State over offers from Butler, Illinois, Ohio State, and Xavier.  Although he might not receive any financials from his collegiate career, he would, however, receive grants and incentives for enrolling at Michigan. As a sports athlete, Aaron would have received $54,168 worth in scholarship alone and various other expenses that occur after enrolling at the academy. He would also receive medical insurance and such for the betterment of the athletes. 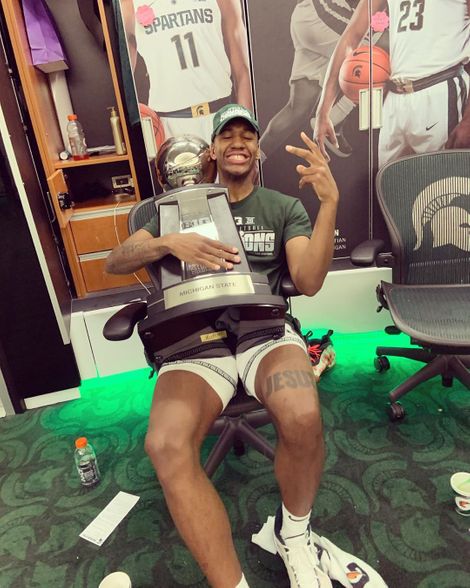 Coming to the 2020 NBA draft, he is ranked at #62 position by the CBS Sports in the draft prospect in between Nick Richards and Corey Kispert. If he goes on to be selected in the second-round pick of the draft, he will have a projected salary of $560,000 which is the least amount offered to the players in the NBA. As the last year's #62 prospect ranked by the Sports Illustrated, Ky Bowman, has signed a 3-year contract worth $3,650,791 where his average salary stands at $1,216,930.

Furthermore, since Aaron has not earned any substantial earning from his basketball profession, his net worth is yet to be determined and is still under review. But it does not change the fact that the soon to turn pro will be earning in millions after being drafted.

Aaron Henry Girlfriend: Who is the Michigan Spartan Dating?

Wearing the No.11 jersey for the Spartans, Henry might be an aggressive small forward for the team but when it comes to personal matters, he is quite the shy type. The 20-years-old hasn't revealed any information regarding his girlfriend or neither has mentioned if he has one.

The 6 ft 6 in tall might not be looking into relationships at the moment since he is focusing on the 2020 NBA draft. As a player, he is trying to build a career in the NBA and trying his best to be a successful player in mainstream basketball. 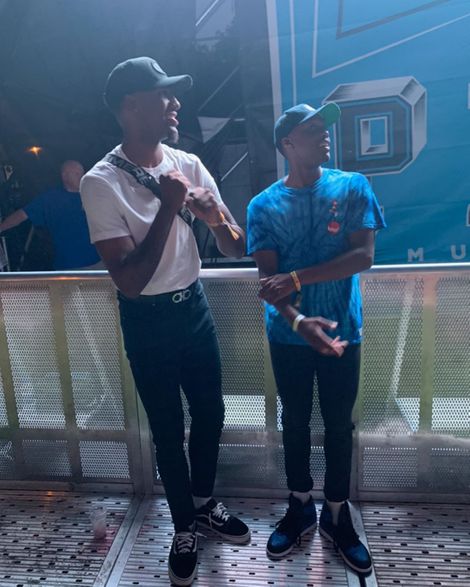 Scrolling through his Instagram profile, he is seen mostly single in almost all of his posts and sometimes alongside friends and Teammates.

Henry has good reflexes and is considered one of the best shooting guard who averaged 10.0 points, 4.6 rebounds, 2.9 assists per game in his last season.