Cassius Winston is an American Basketball payer who plays for the Michigan State University Spartans alongside Xavier Tillman in the Big Ten League. Coming out of the University of Detroit Jesuit High School, he was a four-star recruit ranked by the recruiting sites such as Rivals, 247 Sports, and ESPN. Wearing the No. 5 jersey for the Spartans, he has achieved many accolades since joining the team.

Winston was born on 28 February 1998 under the star sign Pisces. He was born and raised in Detroit, Michigan alongside brothers late Zachary Winston and Khy Winston.

As a college player, Winston hasn't earned any substantial earning from his college basketball team but the soon to be pro has definitely bagged a worthy scholarship coming to Michigan University. As a Sport athlete, he would have secured around $28,000 annually in scholarship. 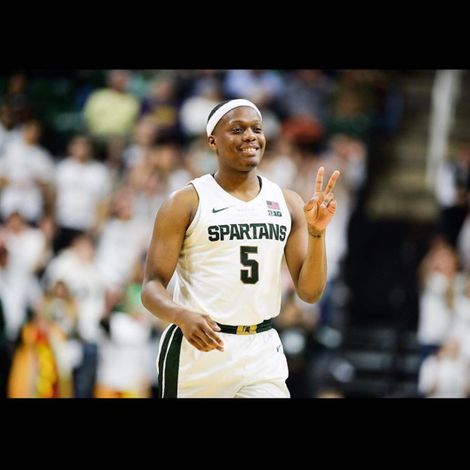 Cassius Winston wearing the No 5 for the MSU SOURCE: [email protected]

Furthermore, the 22-year-old will finish his collegiate year and will be entering the 2020 NBA draft. As per the sources from the CBS Sports, the Point Guard for the Michigan state is ranked at #29 position in the draft prospect in between Romeo Weems and Jaden McDaniels.

If Winston is selected in the first round of the draft in the 29th pick, his projected salary for the three years contract will portray the following table.

For the time being, his net worth is still under review as he hasn't earned any income from his profession but will soon be updated shortly.

The Michigan native is dating his long time girlfriend Arin Elizabeth Bell whom he proposed at his High School Prom which went viral on the internet. The couple is together since and has faced everything together in their ups and downs. He recently shared a message regarding his long-time girlfriend via Instagram 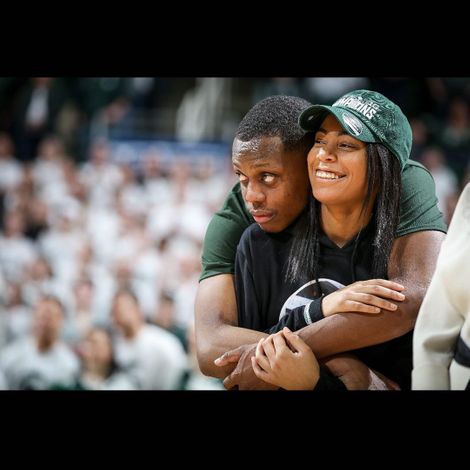 "To all the coaches, teammates, and fans. This is who y’all need to be thanking?? without her I wouldn’t be able to deal w half of y’all ??????"

Dating for more than five years, the couple is not shy when it comes to flaunting their love on social sites as they each share different posts on their social sites on various occasions thanking and supporting each other.

Although one of the smallest point guards in the NBA prospect, he still performs outstandingly throughout the court and is known for his smooth shooting skills.