A football player from Saudi Arabia, Ziyad Al-Sahafi plays as a defender and midfielder for Al-Ittihad in the Saudi Professional League. Since 2015, he has been playing professionally for the team of Al-Ittihad, and in his current team, he wears jersey number 4. Furthermore, he has also represented the Saudi Arabian national team and has appeared in more than ten games.

In his youth career, Al-Sahafi also played for the team of Al-Ittihad. With them, he has made numerous appearances and also led them to win multiple titles, including the King Cup in 2018 and Crown Prince Cup: in 2016-17. Moreover, AL-Sahafi is one of the most important players (just like Sami Al-Najei and Hassan Tambakti) on his team, and at the time of this post, he has already scored five goals for Al-Sahafi.

Ziyad Al-Sahafi is a native of Jeddah, Saudi Arabia, who was born in 1994. As of early 2022, his age is 27 years. Besides, Al-Sahafi lights his birthday candle on October 17 every year. Al-Sahafi grew up in a superior family, but the details regarding his parents remain unknown.

Talking about his physical appearance, Al-Sahafi has an athletic body, and he is a tall guy. Al-Sahafi's height measurement is 6 feet 1 inch (1.84m). Other details about his early life also remain a mysterious topic.

As mentioned earlier, Al-Sahafi played for Al-Ittihad in his youth career. And in the year 2015, he signed a contract with the senior team of Al-Ittihad. Playing since 2015, he has made 93 appearances with the team and scored five goals at the time of this writing. 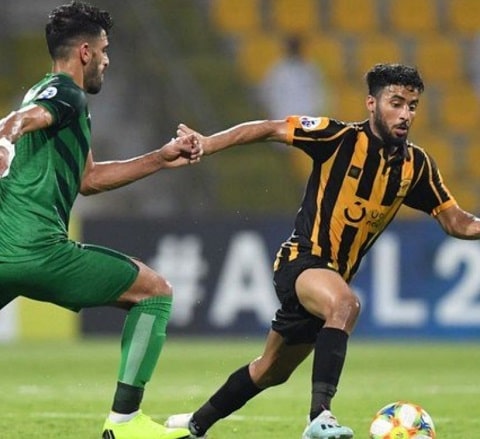 And since 2019, he has been playing for the national team of Saudi Arabia, with whom he has made 12 appearances. Furthermore, Al-Sahafi made his national team debut on March 21, 2019, and during his debut match, Juan Antonio Pizzi was the coach of the team. Moreover, he also gave an amazing performance in a game against Kuwait, which was held at the Abdullah bin Khalifa Stadium in the Qatari capital Doha on November 27, 2019.

As we know, Al-Sahafi is a football player who makes a good sum of money. In Saudi Arabia, a footballer has an average salary of $24332.56 per year and $11.74 per hour. So, Al-Sahafi may have a salary in the same range as his current club. However, the actual amount of his income remains unknown as none of the media outlets have given a hint regarding his earnings.

Furthermore, he has been a part of multiple games, and his performances have surely helped him earn some profit. Moreover, his net worth may be pretty impressive, but we can't mention his actual fortune at the moment. No doubt, Al-Sahafi's income will rise in the future as Al-Sahafi is still playing football professionally.

Besides that, he may also work with some brands in the future, which will surely help him increase his revenue.

Personal Life: Does Ziyad Al-Sahafi Have A Wife?

Coming into his personal life, Al-Sahafi appears to be a private person who has kept himself away from the public domain for a long time. Due to his lowkey nature, none of the media sources are able to share details about his love life. So, we are also unknown whether he has a wife or a girlfriend.

In the same way, Al-Sahafi does not have much activeness on social media, making it more difficult to know about his love affair. Not only that, but he has not been engaged in any rumors or controversies about relationships. So, it can be said that Al-Sahafi has been leading a solitary life. 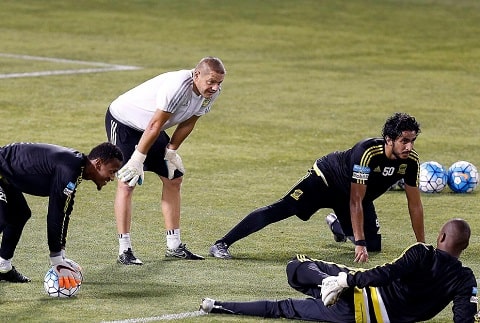 Ziyad Al-Sahafi in a training session with his teammate SOURCE: Twitter @balonyfronteras

On the other side, Al-Sahafi is currently at the peak point of his career and is highly focused on it to make it look more marvelous. So, rather than getting involved in romantic affairs, Al-Sahafi may be busy with his work schedule.

Explore PlayersWiki To Learn More About Players and Celebrities' Bio, News, and Gossip!!!