Hassan Tambakti is a famous football player from Saudi Arabian who is positioned as a center-back for the Saudi Arabian national team and the Saudi Pro League side Al-Shabab. Further, he puts on jersey number five. Hassan began his career as a footballer in 2018.

Tamaki is a Saudi Arabian football player who currently plays for Al-Shabab. Likewise, he is known for his amazing football skills and techniques despite being one of the youngest footballers on the team. Additionally, he has played for two clubs so far in his football career.

Details On His Body Measurement

Hassan is a tall and well-fitted Saudi Arabian football player who stands at 5 feet and 11 inches or 1.82m. Similalry, the player is conscious of his health and body. Hence he never misses the training and regular workout. Further, Hassan also utilizes his tall height in the field. Further description, Tambakti's skin type is black and he has a unique hairstyle.

As mentioned earlier, Tambakti kicked off his career in the football vocation from an early age. While talking about his youth career, he played for AI-Shabab, a Saudi Arabian club based in Riyadh. Representing the club, he played two seasons, including 2018-19 and 2020-21. For further information, he signed the contract with the club on May 31, 2018. However, he extended the agreement on February 5, 2019, additionally for one year.

After playing for several years in the club, Tambakti was transferred to the multi-sports club from Mecca, Al-Wehda FC, on loan on August 31, 2019. Similalry, Tambakti played first match for the club, Al-Wehda on 27 September 2019 against Al-Fateh. Furthermore, Hassan made eight appearances for Al-Wehda before returning to Al-Shabab. 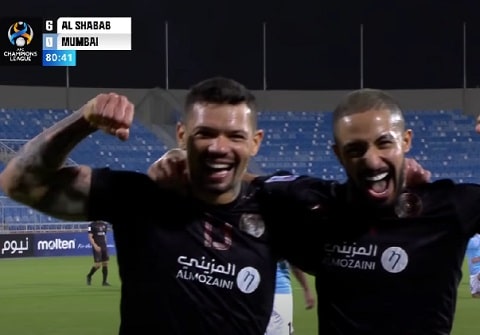 Besides that, Hassan began to play for his national team on 2017. Similalry, he has repeatedly represented his country team in international matches, including the Under 19 championship 2018 and Under-23 Asian Cup 2022. As we all know, he has recently started his career but is one of the renowned players, so fans and well-wishers have a lot of hope for the Hassan, and he will surely prove that Tambakti is one of the best football players.

His Age And Family Details

The Saudi Arabian national teammate, Hassan, was born in February 9, 1999, in Riyadh, Saudi Arabia. And his star sign is Aquarius considering the birth facts. Further, he was raised by his lovely parents in his birthplace, where he spent most of his childhood. However, nothing much can be described in his boyhood at the moment as Hassan is a private-natured person despite being known worldwide.

Additionally, he is an academy graduate of Al-Shabab and began his early career playing for the club. Hassan hasn't made any open talks about his parents and family, including their names and information. Therefore, this remains one of the suspicious topics for Hassan's fans and us. 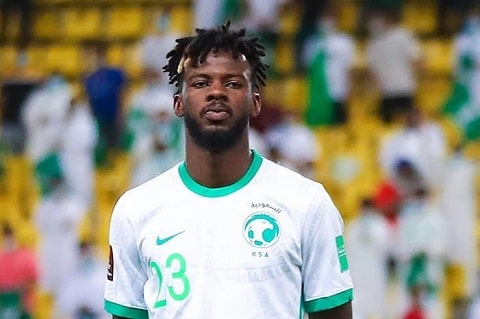 Hassan Net Worth And Market Value

The Al-Shabab jersey number 5, Hassan Tambakti, has just begun his career in the football vocation. But his fame and success show us how dedicated he is to be on the list of greatest footballers. Considering his journey and activeness in the field, we can be sure that Hassan has earned a decent sum of money from the vocation. Nonetheless, the exact value is unknown, but close sources say that Hassan has an estimated net worth of more than $ 1 million. His current market value is also not accessible, so hopefully, it will be updated as soon as possible. The average pay scale of the club, AI-Ahabab footballers is £28,875,600 per year and £555,300 per week; hence, Hassan is receiving £16,000 per week and £832,000 per year.

Additionally, Hassan must maintain a good lifestyle with such great earnings. However, he doesn't prefer to flaunt it openly, not even on his social media handles, as he believes in simple living and high thinking. Due to his simple living standard, Hassan has a great fan following as people compliment him as a down-to-earth person.

Who Is the Footballer Dating?

As we already said, Hassan Tambakti is a tight-mouthed person when it comes to his personal life. Hence, his dating life is also a questionable topic as Hassan seems to be enjoying a single career. Well, we don't have any details on whether he is single or in a relationship, as Hassan has kept his lovelife very private and away from the media reach. So his fans wonder if he hasn't dated anyone throughout his football career.

Rather than a partner, Hassan seems to be more focused on his career. However, we assure you that we will update all the missing sessions as soon as it's available.

You can also explore, Yousef Hassan's bio and dating life.

The fan's favorite, Hassan, is available on his Instagram handle under the username @hasan_timbukti5, where more than 200 people follow him. But he doesn't like to be active on the platform like other sportspeople. So far, the football player has hardly shared some posts on the handle.

Well, this might be because he is more focused on his professional career and doesn't want to waste time on social media handles.

Dont forget to explore your favorite footballers on PlayersWiki.