Saudi Arabian footballer Khalid Al-Ghannam prominently plays as a winger for Saudi Professional League side Al-Nassr. Abdulelah Al-Amri is also a footballer who plays as a center-back for the same team as Al-Ghannam, i.e., Al-Nassr. Joining the club on January 29, 2020, Al-Ghannam has played in various games leading them to win most of them.

Al-Ghannam made 24 appearances and earned 1,312 minutes of playing time in the 2020/2021 season. Furthermore, he was a passionate person about playing football from an early age and during his youth career, Al-Ghannam played for Al-Qadsiah. The young footballer wears jersey number 11 on his current team. Apart from being one of the most important players in the club, he has also led the Saudi Arabian national team to win multiple matches.

Khalid Al-Ghannam was born on November 7, 2000, in Khobar, Saudi Arabia making his age 21 years as of early 2022. He holds Saudi Arabian nationality and peaks at an average height of 5 feet 7 inches (1.71 m). Not to mention his full name is Khalid Eisa Al-Ghannam.

Moreover, the details regarding his early life and family background remain unknown as Al-Ghannam has not given any peek into it. He has kept every detail away from the limelight for a long time.

Starting with his early career, Al-Ghannam initially played for Al-Qadsiah. And he signed a professional contract with Al-Qadsiah on January 22, 2019. And his debut for the team came on April 19 of the same year in a match against Al-Batin, but his team lost the game by 2-0.

His contract with the team was extended on August 19, 2019, and it was until 2024. Moreover, Al-Ghannam left the group of Al-Qadsiah and signed a deal with another team, Al-Nassr, on January 29, 2020. With the team of Al-Qadsiah, he made 16 appearances and scored one goal. The contract with his current squad lasts up to June 30, 2025. He also helped Al-Nassr to win the Saudi Super Cup in 2020. 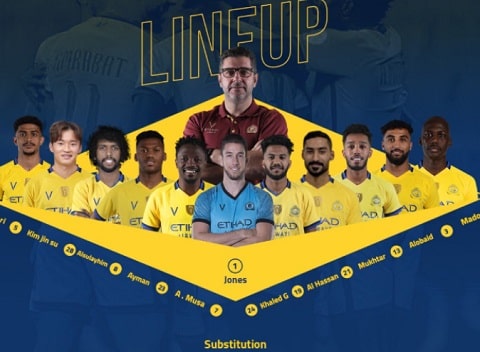 Besides that, Al-Ghannam represented the Saudi Arabia U20 from 2017 to 2019, making 22 appearances and scoring four goals. Moreover, he has also played for the senior team, Al-Ghannam and made three appearances at the time of this writing. He was also part of the U20 team that won the AFC U-19 Championship in 2018.

Al-Ghannam earns most of his gains from being a professional footballer. In Saudi Arabia, a football player has an average salary of $24333.99 per year and $11.71 per hour. So, from his current team, Al-Ghannam may earn in the same range. Having a fair sum of profit, his net worth might be impressive, but the actual fortune remains under review.

Apart from that, Transfermrkt reports that Al-Ghannam has a current market value of €1.00m. As per a report, when Al-Ghannam came to Al-Nassr with a reported fee of SAR20 million, which is $5.33 million (USD). Before that, he had also played for other teams, and with them, he made some fair deals. 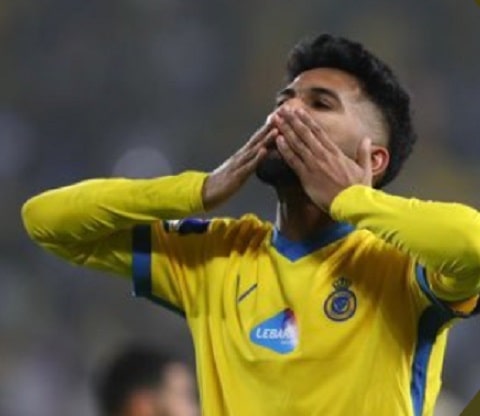 No doubt, his income will increase in the future. Moreover, Al-Ghannam surely lives a lavish life with his great earnings. Apart from that, Al-Ghannam may also earn money from sponsorship and endorsement deals.

Coming into his personal life, Al-Ghannam is a single man, and he does not have a wife or a girlfriend. Till now, he has not been engaged in rumors or controversies regarding relationships. So, it is sure that Al-Ghannam has been leading a solitary life for a long time.

In the same way, Al-Ghannam is a private person who prefers to keep his personal life far from the public domain. So, due to his low-key nature, none of the media sources are able to collect the details regarding Al-Ghannam.

Meanwhile, A-Ghannam may give some updates about his love life in the future as his fans and followers have been eager to know about it for a long time.

Al-Ghannam has a different fan base which he earned from his football skills. He is an active Twitter user who has been using since November 2018. His username is @khaled11ghannam. Furthermore, Al-Ghannam's account is already verified.

Apart from that, he has gained over 113.9k followers at the time of this writing. As per his Twitter bio, he now resides in Riyadh. Apart from Twitter, he is not available on other social media platforms, including Facebook and Instagram.

Some Interesting Facts About Al-Ghannam

Follow PlayersWiki To Learn More About players and Celebrities' News, Buzz, And More!!!