Sami Al-Najei is a professional footballer hailing from Saudi Arabia. He plays as a mid-fielder for Al-Nassr and the Saudi national team. He has also played as an attacking midfielder. In the 2020-21 season, Al-Najei made 26 appearances. For your information, he switched to Al-Nassr in September 2020 from Damak, for whom he made 17 league appearances overall.

Furthermore, Al-Najei wears jersey number 14 on his current team, and since 2015 he has been with the team of Al-Nassr, helping them to win various games. Apart from being one of the most important players in his club, Al-Najei is also a prominent national player who has already represented the national team on some levels, including U20 and U23.

Born on February 7, 1997, Sami Al-Najei is 25 years old as of 2022. He is a native of Jizan, Saudi Arabia and spent the majority of his early days there. Moreover, he holds Saudi Arabian nationality and peaks at the height of 5 feet 9 inches (1.76 m).

As Al-Najei has not opened up anything about his family background, we are unable to share details regarding his father and mother. Also, it is unknown whether he has siblings or not.

The skilled footballer was brought to Al-Nassr in 2016 to the first team. And he made his debut for the team on May 8, 2016, after coming as a substitute in a game against Ittihad. In the same match, Al-Najei scored his first goal. On May 13 of the same year, Al-Najei also played in a match with Al-Shabab. His first match of the 2016-17 season came on October 20, 2016, which was with Ittihad. In the respective game, he came after replacing Yahya Al-Shehri in the 58' minute and in the same game, he also received a yellow card.

Furthermore, Al-Najei scored his first season goal on December 21, 2016, against Al-Fateh. And he was also included in the starting 11 squads in a match against which was held on January 1, 2017. Moreover, he has also given good performances in the field but has also faced some issues. Again on March 14, 2017, Al-Najei got his second yellow card while playing a match against Al-Raed.

Meanwhile, he also played for the team of Al-Qadsiah, where he came on a loan in 2019. With Al-Qadsiah, Al-Najei made four appearances. For the 2019-20 season, he went on a loan to another team called Damac, and with them, he made a total of 17 appearances. Moving onwards, Al-Najei has already represented the national team, and he made his debut for the team on January 14, 2017, in a game against Cambodia after coming in the 76th minute of the game. The game was won by the Saudi team 7-2. For his amazing performances, Al-Najei has also won some titles, including Saudi Professional League Young Player of the Month: April & May 2021.

Al-Najei has made a good profit from being a football player (just like Osama Hawsawi and Ali Al-Bulaihi) for a long time, and his net worth is pretty impressive. Some online portals have claimed it to be in the six figures, but the actual amount is still missing. According to Transfermrkt, Al-Najei has a current market value of €900Th, which is his highest value at the time of this writing.

Currently, Al-Najei is at the peak point of his career and is working pretty hard to get more success. In this way, his income will also rise in the future. Not to mention, a Saudi Arabian footballer has an average salary of $24334.64 per year and $11.72 per hour. 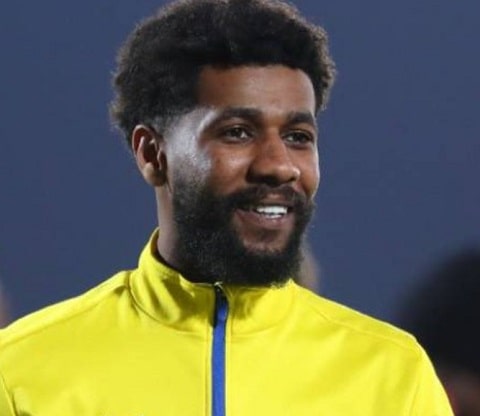 So, from his current team, Al-Najei may earn in the same range. But due to the lack of information, we are unable to share details regarding his salary. Being a footballer, Al-Najei may earn something from sponsorship and endorsement deals. Till now, he has surely collaborated with some brands that may have paid him well.

Personal Life: Who Is His Wife or Girlfriend?

Coming into his personal life, Al-Najei is a very private person, and till now, he has not talked much about himself with the media. So, it is pretty challenging to know about his love life. Also, Al-Najei has not been involved in any rumors or controversies regarding past affairs. So, it can be said that he is a single man who is mostly focused on his career rather than getting involved in relationships.

In the same way, Al-Najei has less activeness on social media. Due to his lowkey nature, none of the media outlets are able to collect details about his past or present affairs. Furthermore, Al-Najei may give some updates in the future as his fans and well-wishers have been eager to know about it for a long time. So, as soon as the information gets available, we will also share it in the future.